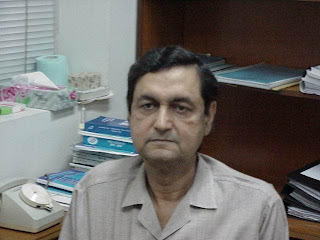 Jan-e-Alam Fazli’s contribution as one of the most prolific bridge players of his time has been recognized by the City District Government Karachi (CDGK) by means of dedicating a street after his name.

Tariq Rasheed Khan, President, Pakistan Bridge Federation (PBF), broke the good news that Jan-e-Alam, who holds the distinction of being the highest ranked Pakistani player at the international level, has been honoured by the City of Karachi by naming with the street where he lived in his early days after him.

“It’s a matter of great pleasure and pride for all of us. It’s a moment to cherish for every bridge player of the country. We are delighted to have the Jan-e-Alam Fazli Street in Karachi,” Tariq Rasheed remarked.

The sentiments of the bridge players are very clearly reflected in those remarks of the PBF President. It’s not often that the bridge legends of the country have been recognized in much manner at the governmental level.

Jan-e-Alam happens to be the only player in South Asia and Middle East Zone to have been conferred the rank of International Life Master by the World Bridge Federation (WBF).

He was an integral part of the national team in the golden era of the 1980s when Pakistan had reached the final of the Bermuda Bowl World Championship two times within six years. He was nominated for the coveted Presidential Award but the change of guard in 2008 deferred his case.

When contacted the modest and unassuming veteran bridge player explained that the city government has named the road housing his childhood residence in Block A of North Nazimabad as the Jan-e-Alam Fazli Street.

“I feel really honoured and elevated by this gesture of the city government. This is an acknowledgement of my contribution to the cause of sports. I thank the concerned officials for having taken up this initiative. I am sure the whole fraternity of sports will welcome this move,” Jan-e-Alam observed.

Jan-e-Alam very rightly reckoned that the athletes do get inspired by their recognition like these and they try to payback by performing even better.

He has been acclaimed one of the greatest sportsmen of Pakistan, having contributed significantly for putting on the bridge map of the world. He was one of the illustrious contemporaries of the great Zia Mahmood, a World Bridge Federation (WBF) and American Contract Bridge League (ABCL) Grand Life Master.

The City District Government Karachi (CDGK) has made a praiseworthy move by honouring the bridge legend. Now the authorities in the federal capital should also expedite his case for the Presidential award.

The Pakistan Bridge Federation (PBF) should also try to pursue his case in Islamabad because he thoroughly deserves the award. It would be another major boost for the development of the mind sport in the country should he get it.

One hopes that the red tape or the political considerations would be overcome by the saner elements in the Federal Ministry of Sports who must be aware of Jan-e-Alam’s massive contribution to the sport of bridge. readmore »»