Embarrassment of riches continue in Australia 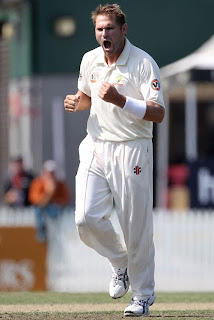 Australia, having been denied the top spot in the ICC rankings after ruling the world for so many years under the stewardship of Steve Waugh and Ricky Ponting, still remain the team to beat in the international arena and the kind of talent they have leaves very little doubt in one’s mind that they would bounce back to regain the number one position in all forms of the game in not too distant future.

Unlike South Africa and India, the frontline challengers to deny them the crown, Australia have built an infrastructure that keeps producing outstanding cricketers giving them the most powerful bench strength.

South Africa and India are currently blessed with quite a few seasoned campaigners who have continued to deliver to help them retain top rankings but both these countries might not succeed in sustaining the momentum once their greats call it a day.

Australia have no such worries. They have lost a number of legendary characters in the past few years but survived. They did suffer odd defeats but overall the performance of the team remained steady. The recent influx of emerging talent means that they are preparing to rule the world once more.

If newcomers like Ryan Harris and Clint McKay have been offered full-time contracts by Cricket Australia for 2010-11 ahead of Stuart Clark and Nathan Bracken one can very well understand that they are not short of talent. 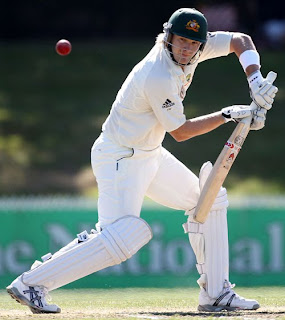 "It is disappointing for Stuart Clark and Nathan Bracken who have not received contracts. Both Stuart and Nathan have fantastic records for Australia and not renewing their contracts was a very hard decision. The reality is that other bowlers have seized the opportunity over the last six months in both Test and limited-overs cricket. I am sure Nathan and Stuart will look to start next season well and force their way back into the Australian side," Andrew Hilditch, head of the selection panel, observed while dropping the two senior fast bowlers in favour of new speed merchants.

"The Australian side is very much in the final stages of its preparation for the Ashes series in Australia and the World Cup for 50-over cricket in India. The contract list has a good blend of experience and youth, and recognizes the very strong performances of the Australian side in Test and limited-overs cricket this summer," Hilditch added.

The rankings remained confidential but it’s being believed that Ricky Ponting, Michael Clarke, Mitchell Johnson and Shane Watson would have filled the top four places for the retainers of around Australian $1.5 million in the contract period starting on July 1, 2010. readmore »»