Flintoff signs off on a high

Posted by Syed Khalid Mahmood at 10:27 AM .
1 comments
Labels: Ashes 2009
By Syed Khalid Mahmood
Andrew Flintoff’s Test career has come to an end rather prematurely. The versatile England all-rounder was having serious fitness over the past few years and he probably made the right decision to quit the longer version of the game. 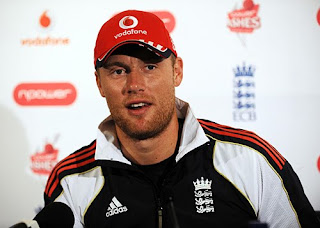 He was a potentially great cricketer but somehow could not do justice to his talents. He couldn’t produce the kind of consistency which the champion all-rounders like Tony Greig and Ian Botham had done for the country before him.
Yet Flintoff was a colossus for the team and his presence in the field was certainly a source of encouragement and inspiration for his teammates. He was one of those tough characters who awed the opponents.
Andrew Strauss and his team could not have wished a better sendoff for the big all-rounder than the massive win over Australia in the fifth and final Test at The Oval that allowed England to regain the Ashes.
Ideally Flintoff would have loved contributing more substantially in his farewell Test but he would obviously be delighted with the end result. It was a comprehensive victory over the Aussies and more importantly it enabled England to lay their hands on the Ashes that has not stayed for long with them during the last couple of decades.
Flintoff, however, had a hand in bringing about the victory on the penultimate day of the decisive game. With Ricky Ponting and Michael Hussey on song, the Australians were cruising in the afternoon session and there were hints of the contest getting tighter than was being anticipated at the start of the innings.
It was Flintoff’s brilliant direct hit that found Ponting short of his crease and ended the threatening partnership. The run out of the Australian skipper opened the floodgates and England cashed in to seal the fate of the game.
It was a magnificent piece of fielding that not only brought to an end the dangerous partnership but also boosted the morale of the side whose shoulders were beginning to drop during the onslaught. 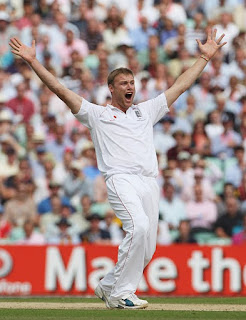 Flintoff was a tough guy on the field but he knew the importance of human qualities. "I would rather be regarded as a decent bloke rather than any sort of cricketer I might have been. That is far more important to me. Whatever you do on the cricket field is one thing, but being able to face yourself in the mirror every day and say 'You're not a bad egg', that is far more important. Cricket is one thing, but I want some friends afterwards,” he observed rather modestly.
"I don't think I ever achieved greatness and I don't profess to. I was asked, 'have you been a great cricketer', and the obvious answer is no. That's the Bothams, the Sobers, the Imran Khans, the Tendulkars, the Ricky Pontings, who achieved greatness over a long period of time by playing Test after Test after Test,” he added.
"I have had an Ashes victory twice, I have had a Test career where I have played 79 Test matches, and hopefully I will go on playing one-day internationals, so from a professional point of view I am happy. For the bulk of my career I have played through pain and with injury, so to be out on the field was an achievement in some ways. But is that greatness? No," Flintoff conceded.
readmore »»