Vinod Kambli, who was left stranded in that infamous semifinal encounter which referee Clive Lloyd had to award to Sri Lanka against India at the Eden Gardens, Kolkata, in March 1996, has come up an interesting observation or if you call it an allegation more than 15 years later. 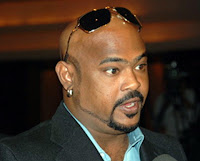 Left-handed Kambli, who watched from the non-striker’s end his illustrious colleagues fall in a heap in the most dramatic of fashions, has expressed suspicion over that particular game being fixed. It’s entirely up to you whether you disregard it as a publicity stunt or get some feeling in mind that indeed there was something terribly wrong.

The fierce reaction of the Indian captain, Mohammad Azharduddin, that has followed has probably alerted more people than it could have been if the charges were ignored. May be he thought of defending himself in the media because he holds a public office but that might also backfire.

But Kambli is talking about an era when every other match appeared to have been fixed. He has probably chosen to target the 1996 World Cup semifinal because he was there until the end, having broken into tears as well.

Azharduddin, who was known for his artistic stroke-play, has clarified his position by blasting Kambli and passing a few unkind remarks that were hardly needed. 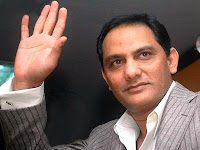 It doesn’t matter if you believe in Kambli or Azhardduin but there had been instances in the past as well and not surprisingly they happened afterwards too when a few of the high-profile World Cup matches seemed to have been victimized or influenced by the outside forces.

Both the semifinals of the 1987 World Cup, in which co-hosts Pakistan and India got eliminated against the heaviest of odds, were alleged to have been fixed. The final of the 1999 World Cup at Lord’s also remained a subject of discussion for the wrong reasons for a long time.

Kambli’s specific allegations about the 1996 World Cup semifinal between Indian and Sri Lanka make some sense because of the presence of the some ‘suspicious’ elements in the ground and whose movement remained unchecked.

Not much could be done now. Neither the Scotland Yard nor the Police authorities of any other country can investigate in such matters having taking place some 15 years ago. It’s going to be next to impossible to discover any solid evidence to book a case against the culprits.

I am sure the International Cricket Council (ICC) and the Board of Control for Cricket in India (BCCI) have more important things to do than to probe the matches of the past. They may loathe the idea of investigating a recent foul play, let alone an incident that occurred so many years ago.

It’s an open secret that match-fixing and spot-fixing have remained rampant in international cricket for ages and there are a number of matches that have appeared to have been manipulated in illegal manner.

There’s very little hope for the practice to be stopped but yes some strict measures can prevent the sport from becoming a farce.
readmore »»