Posted by Editor at 6:14 PM .
0 comments
Labels: New Zealand v Sri Lanka 2010, USA Cricket
By Syed Khalid Mahmood
22 May 2010 will go down in history of cricket in the United States of America (USA) as a Red Letter day with the successful hosting of the first-ever ‘officially accredited’ game featuring two full members of the International Cricket Council (ICC), New Zealand and Sri Lanka, in Florida. 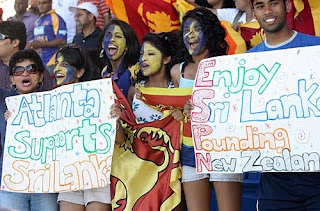 It could well open the floodgates in that part of the world with both cricket as well as USA needing each other very dearly now. The growing popularity of Twenty20 Internationals has made cricket a more marketable product than ever before. This shortest version of the game, offering greater entertainment value to the paying public, has the potential to make inroads in territories that couldn’t be won over earlier.

Theoretically cricket has remained a minority sport in the USA in the truest sense of the word. It’s not one the games yet which the majority of the natives of the USA desire to play or even watch for that matter. Cricket has had its roots there for a very long time with the immigrants from the South Asia and the Caribbean fuelling their passion with the activities restricted mostly to weekends.
The globalization of cricket with focus on off-shore venues makes the USA as one of the most attractive locations. The brand of T20 cricket seems to have the potential to make waves leading to a distinct change in the sporting culture of people.
Baseball is considered to be the game of the masses in the USA. The T20 cricket matches have quite a few things in common with baseball and it could sell there as well. After all the sports enthusiasts are also eager for innovation and change. If they discover cricket anywhere close to baseball it would turn Lockerbie's 'Destination USA' dream into reality much more quickly than imagined.
The Chief Executive of the United States of America Cricket Association (USACA), Don Lockerbie, has a vision to turn it around. The ball has already been set into motion with back to back Twenty20 Internationals between New Zealand and Sri Lanka at Central Broward Regional Park Stadium Turf Ground in Lauderhill, Florida, over the weekend. 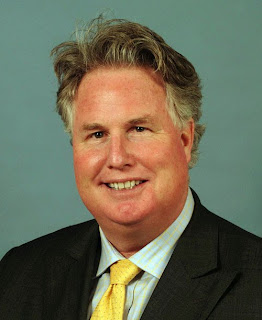 Neither the USACA nor Lockerbie should lose heart from the fact that not many tickets were sold even though New Zealand and Sri Lanka were the semi-finalists of the recently concluded ICC World Twenty20 in the West Indies.

Yes things can change dramatically overnight only if the Indians could be roped in by the USACA to play any other side. That’s one team that has the reputation of attracting large crowds in every corner of the world and there’s no reason why they won’t be flocking in large numbers to watch in action their national team play in the USA.

The development of cricket in the USA could be fast-tracked if the functionaries of their cricket body succeed in negotiating a deal with the Board of Control for Cricket in India (BCCI) in particular. Then they could turn to the teams like Pakistan, Australia and South Africa whose cricketers have the potential to attract huge number of spectators.
readmore »»