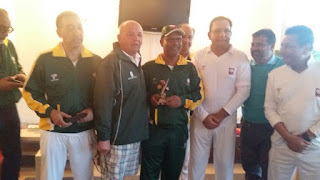 Meanwhile Pakistan Panthers Veterans, besides undertaking a visit of the historic Lord’s Cricket Ground on August 25, will be playing matches against Surrey CCC, Hampshire CCC and Middlesex CCC, during their one-week tour.
readmore »»