It has now been officially announced that South Africa will host the Indian Premier League (IPL) to be held during April and May. The decision was taken on March 24 ending the speculation whether South Africa or England would earn the right to host the second edition of the Twenty20 tournament. 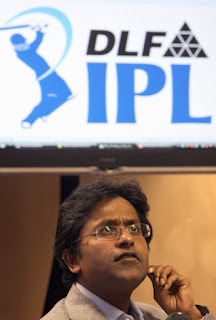 South Africa has been confirmed as the venue after the talks between the IPL commissioner, Lalit Modi, and the Cricket South Africa (CSA) chief executive, Gerald Majola, held in Johannesburg.

England was being considered as the alternate venue but by the look of things Modi had such a fruitful meeting with Majola that closed the deal promptly. Modi was not even required to visit London where he was scheduled to discuss the IPL with the officials of the England and Wales Cricket Board (ECB).

Modi and Majola informed the media corps at the Wanderers Club in the Johannesburg that the second edition of the IPL would now be staged from April 18 into May, probably at six venues Cape Town, Centurion, Durban, East London, Johannesburg and Port Elizabeth.

The ECB officials, in true sporting spirit, have welcomed the decision recognizing the fact that the IPL organizers had gone for the practical option.

The high-profile tournament having attracted the majority of the biggest names in the game has been moved from India because the dates clashed with the general elections and the government was unwilling to allow it in view of security concerns.

"To move the event outside India has been one of the hardest decisions that
the Board of Control for Cricket in India (BCCI) has had to take, but I'm equally
confident that staging it in South Africa will be a major success," Modi was quoted as saying.
.
"We extend a huge gratitude to our friends at Cricket South Africa for agreeing to host the Indian Premier League in such a short time. I am sure all South African cricket fans are looking forward to the spectacle of seeing the world's best players compete against each other in this tournament,” he observed.

"The South African public loves Twenty2O cricket and CSA successfully
hosted the inaugural World Twenty20. Both these factors weighed heavily in favour of South Africa, and we look forward to a successful and exciting tournament being held at venues throughout the country," he added. 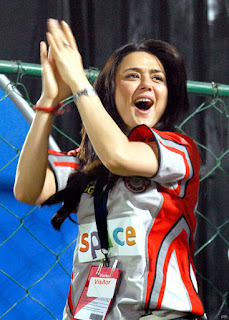 The CSA, determined to meet the challenge, has willingly offered to extend their total support to the BCCI in holding the IPL with all its flavours.
"The organisers can be assured they have the full support of
CSA structures and the South African public to stage a successful tournament. This will strengthen the ties even further between South African and Indian cricket, as well as binding our nations even closer together. We are looking forward to hosting some of the world's best cricketers, and we can assure them they will be provided with the very best facilities to show their skills." Majola stated.