Brad Haddin comes of age at the Adelaide Oval 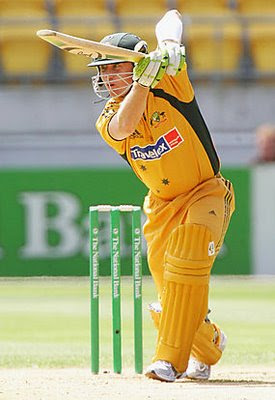 The Sunday crowd at the Adelaide Oval could not have wished for a more entertaining holiday package. Australia’s new wicketkeeper-batsman Brad Haddin obliged them with a delightful maiden Test hundred that would go a long way in cementing his place in the star-studded side.

What a sight it was watching Adam Gilchrist stand and applaud what indeed was a very special hundred. It could be the first of the many centuries that are to flow from the blade of Haddin.

The expectations are far too high from the Haddin not only because he is representing Australia but the main reason is that he has taken over from a man called Gilchrist who is considered as the greatest-ever wicketkeeper-batsman in the history of the game.

Life could not be easy for anyone succeeding a genius like the legendary Gilchrist. Haddin has needed only nine Tests to register first Test hundred but it looks like ages if you compare it with the high standards set by Gilchrist.

Haddin had not fared all that badly with the bat in his earlier eight Tests either but a batting average of just over 26 was considered ordinary because of the exploits of his predecessor.

It was in the fitness of things that Gilchrist was right there at the Adelaide Oval to celebrate the moment of triumph for his successor. The great sportsman that Gilchrist is, he was observed applauding the hundred as passionately as any other cricket fan.

Haddin’s maiden Test century would do his confidence a world of good and this could translate into many more hundreds in the next years as Australia remain one of the busiest sides around.

Trust me if Australia ever needed Haddin to fire was when he landed at the crease on the third morning of the second Test with the inexperienced New Zealanders right on top and threatening to run away with it.

Mike Hussey and Andrew Symonds had been dismissed in one Chris Martin over with the second new ball and the Australians were still 23 behind New Zealand’s first innings score of 270.Michael Clarke was well set but there was a danger of him running out of partners if the New Zealand bowlers made the most of the shining new ball. Enter Haddin with the pendulum having swung towards Daniel Vettori’s young side.

It was Haddin who turned it around with his aggressive batting. He did it in the Gilchrist style, believing that attack was the best form of defence. He toyed with the New Zealand bowling that was beginning to look lethal. His positive approach instilled greater confidence in Clarke who also started playing his strokes more freely. 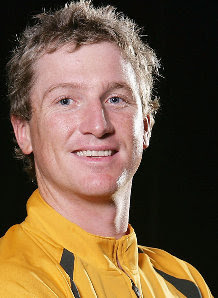 Haddin has a reputation of being a smart thinker having displaying his qualities while captaining New South Wales (NSW). His decision to go after the New Zealand bowling was a calculated move and it worked.

His 181-run sixth wicket partnership with Clarke, who reached his fourth Test century, changed the complexion of the game. Clarke perished after scoring 110 but Haddin stayed on to blast 169. With the tail-enders firmly in control, he was in sight of a double hundred when he was plucked just inside the rope.

His belligerent knock allowed Australia to lift their score to 535, giving them a handy first innings lead of 265. As it turned out, the New Zealanders could not bat well under pressure to be bowled out for 203 in their second innings.

Haddin was very rightly chosen as Man of the Match as Australia won the game by an innings and 62 runs to wrap up the two-Test series 2-0.
readmore »»