Will India thunder Down Under to rewrite history?

As expected there’s great buzz and excitement on the eve of another Australia-India series. The battle is set to resume with the Boxing Day Test in Melbourne which will be followed by three more Tests before the series of One-day Internationals and Twenty20 Internationals.

The majority of the contests between the two sides, particularly Test matches, have been fiercely fought ever since India turned it around in Kolkata in 2001. They have been engaged in the most awesome of duels during the last 10 years or so.

What’s in the store for the enthusiasts in both the countries and rest of the cricket fraternity during the next few months? Will we watch another classic series with packed houses in Australia and glued television audience in India?

Will the embattled Aussies, having far too many chinks in their armour, survive the rejuvenated Indians, who have redeemed themselves with consistent performance in their own backyard after having suffered a whitewash in England earlier in the year? 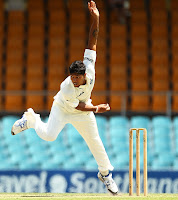 Will India register their first-ever Test series win on the Australian soil? Will the energetic Indian speedsters, possessing venom and accuracy but lacking in experience, bend their backs to make life miserable for the home batsmen? Will the potent but inexperienced spinners come good on their maiden overseas assignment?

These are some of the questions that must be baffling the cricket buffs. On paper the Indians have a formidable batting line-up which has skills, temperament, expertise and most importantly the hunger to pile on the runs. With established batsmen like Virender Sehwag, Gautum Gambhir, Rahul Dravid, Sachin Tendulkar, VVS Laxman and Mahendra Singh Dhoni, in their ranks India should not be short of runs during the Test series.

All of them are class acts with proven record in every corner of the world. I don’t think anybody will doubt their capability to get heaps of runs. Even on the Australian tracks where the ball will bounce much more than it does in India, they are expected to be scoring freely. All of them, including Dravid of late, believe in taking the attack to the opposition.

The new crop of Australian fast bowlers looks as sharp and as dangerous to what one is used to watching there but they might be taught a few lessons by the accomplished Indian batsmen, who do have the rare ability to graft. With no Glenn McGrath or Shane Warne to face the Indian batter should be fancying their chances of posting big scores without much hassle.

India would be banking on their batsmen to put them in positions of strength. Their bowlers will obviously stand a greater chance of picking up wickets if they operate with attacking fields rather than been assigned the task of just choking up the runs.

The Australian batting has looked fragile during the ongoing season and they could be put to severe examination by the Indian bowlers on the lively pitches which produce results more often than not. The hosts may still be in trouble if the surfaces assist the spinners. Well India do have probably the best chance ever to rewrite history.