What a memorable evening it turned out to be on June 17 even though it was extremely hot and humid in Karachi and the excessive unscheduled load-shedding didn’t allow the air-conditioned rooms to get any where close to be chilled. 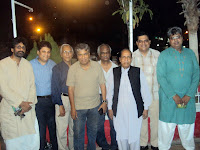 The famous Al Haaj Bundu Khan BBQ Restaurant located in Sindhi Muslim Cooperative Housing Society, was the venue of the latest get-together arranged by Azeem Sarwar, a legendary broadcaster, writer and producer, to honour and enlighten some of the members of his team having made it big after the early training at his hands in the mid 1980s.

To the majority of the sports journalists of Karachi occupying key slots in the various media organizations for the last many years Azeem Sarwar holds the position of a father figure. Be it Ehsan Qureshi, Abdul Majid Bhatti, Arif Afzal Usmani or Syed Khalid Mahmood he remains a mentor all along.

The presence of the respected figure of Abdul Qadir Qureshi, the doyen of working journalists in Pakistan, brightened the proceedings further. He has had an illustrious career with the Associated Press of Pakistan (APP) for the last many decades. 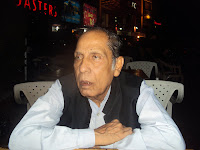 The ever-smiling Ibrahim Khan, who didn’t mind our retakes in the studio during recording, and has kept in touch all along for two and a half decades now was also there to remind us of our early days at Radio Pakistan.

Azeem Sarwar is credited to have rewritten the Radio history of Pakistan. It was his conceived and produced Radio Programme, Aalami Sports Round-up, first aired in 1985, that attracted the young and upcoming writers who were groomed and trained so professionally as well as passionately to meet the challenges of tomorrow.

Besides being an outstanding broadcaster, commentator and producer, Azeem Sarwar possessed the terrific quality of leading by example. He was a hard task master and never tolerated nonsense of any sort neither from his associates nor from his superiors. He was totally focused to the job in hand always and he didn’t believe in half measures. 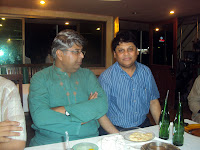 I say it with conviction that the kind of training we had during our stints at Aalami Sports Round-up and we learnt so much from him that all us, fortunate enough to be a part of his team, were bound to be successful in future lives.

I have yet to come across an individual having been blessed with so many qualities. His commitment, devotion and single-mindedness are source of inspiration for us even today. To me his standout quality has been the courage to call a spade a spade. 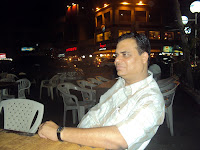 The lessons we learnt by working directly under him when doing Aalami Sports Round-up and then Subh-e-Pakistan have benefited us considerably in letting us accomplish our cherished goals.

I consider myself as the luckiest of all my batch-mates to have remained associated with him until his last day at Radio Pakistan. He had brought me under his folds once again when he became the Chief Editor of Ahang and Pakistan Calling in 2001 and I was with him when he retired from the organization after a staggering 44-year association.
readmore »»