The Pakistan Billiards &  Snooker Association (PBSA), seeking a coach for the top-ranked national cueists, have another worthy option up their sleeves in the shape of former world champion Mohammad Yousuf, who has offered to hang his boots to take up the job. 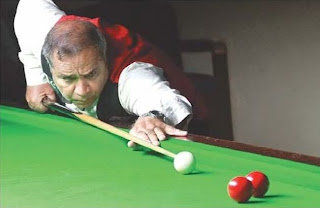 The PBSA, by the look of things, have been on the lookout for a seasoned coach to arrest the decline at the top in the recent past but they didn’t succeed in roping in Yasin Merchant or Sanjay Sawant, both Indians, due to the non-availability of funds.

Yousuf has announced it publicly besides making it known to the PBSA that he was willing to quit the game, as desired by the, if he was appointed coach of the national snooker team. He looked forward to coaching the young cueists to bring back glories for the country if provided the opportunity.

“Having read in the newspapers that the PBSA officials desired his immediate retirement from playing snooker to be considered for the job of the national coach, I have informed them that I will be more than glad to quit the game if they me the job,” he disclosed. 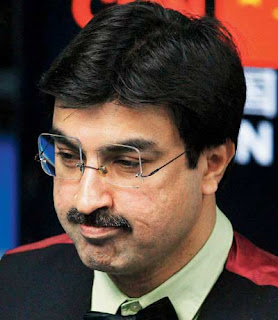 “It’s the desire of every top athlete, at the twilight of career, to payback to the sport by means of coaching or in any other capacity. I am no exception. It’s my wish to serve the game which has given me name, fame and everything,” Yousuf remarked.

“Regarding the point of abiding by the code of conduct of the PBSA, I have always felt that nobody is above the law. I have had the habit of calling a spade a spade which cost me dearly but that’s how I have lived all my life. I respect the law and hope that the others do the same. But I may not keep quiet if injustices are being done,” he added.

“Well snooker is my bread and butter. I am employed at an organization as a snooker coach. I expect to be given a decent honorariam by the PBSA if they acquire my services. It can be mutually worked out,” he said.

“The ball is in the court of the PBSA. If their officials realize that my expertise could be helpful in improving the skills of our cueists I am very much available for the assignment.,” the master cueist declared.

Yousuf has been in terrific form of late, having performed very impressively in the league matches of the 4th NBP Ranking Snooker Championship 2012 being staged at the Defence Authority Creek Club in Karachi.

The PBSA has yet not responded to his offer and it remains to be seen if the matter will be discussed in the upcoming Executive Committee meeting of the Association due to be held shortly. The pressure seems to be on them for appointing a coach, after disastrous performance in the Asian Championship in Doha recently.
readmore »»