Chaudhary Zaka Ashraf, having been reinstated as the Chairman of the Pakistan (PCB) for the second time this year, after the Islamabad High Court (IHC) annulled the committee headed by Najam Sethi, needs time to deliver at the helm of the affairs. 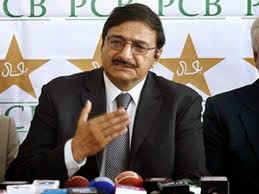 Zaka Ashraf, during his brief tenure, had shown a lot of promise and guts to take the Pakistan cricket out of shambles but he hasn’t had the time yet to implement the policies of his in letter and spirit.

In fact he has been forced to devote the major chunk of his energies in counter-productive events for the past one year. He had many plans to fulfill when he became the first-ever elected chairman of the PCB last May.

Less than three weeks after his election, the IHC barred him from dispensing his duties, following questions over the legality of his appointment. The IHC upheld his suspension at a subsequent hearing and ordered the PCB to name an interim chairman.

Najam Sethi was named PCB's interim chairman last June and a couple of months later the Ministry of Inter Provincial Coordination (IPC) installed Amir Tariq Zaman Khan the PCB secretary, a role not defined in the PCB constitution, in compliance with the High Court order.

The IHC, on May 17, has now dismissed the order issued by Prime Minister Nawaz Sharif on February 10 which had removed Zaka Ashraf as chairman, paving the way for his return. A couple of days later the court reinstated Zaka Ashraf again, annulling the committee headed by Najam Sethi and all the decisions taken by it during its four-month term. 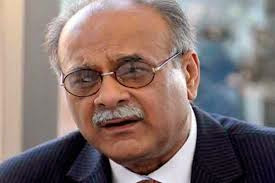 That has been the story for the past 12 months with Zaka Ashraf getting no time whatsoever for making his contributions at the top. He seems to be having the capacity to deliver and act on fast track, if allowed to do so.

One hopes that he will finally be granted some time to prove his mettle and better sense will prevail in the corridors of power. Prime Minister Nawaz Sharif and people close to him should now let Zaka Ashraf work rather than be engaged in politics.

Meanwhile Zaka Ashraf has returned to lead at the PCB headquarters in Lahore, having watched the events from the sidelines for the past few months.

"Eventually justice prevailed. I always respected the court decision, and even if it was against me I could have accepted that as well. The court judgment says that all decisions in my absence are nullified but I will review them," he was quoted as saying when assuming the charge again.
readmore »»