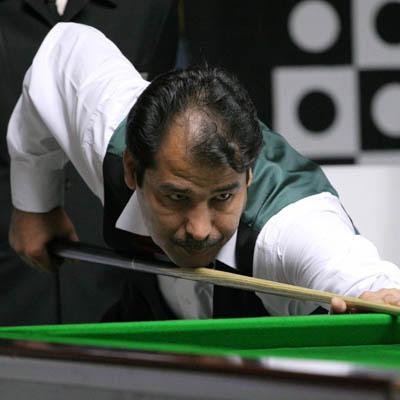 Saleh Mohammad has had a stormy career. This immensely gifted cueist has made Pakistan proud more than once but he has also been involved in uncalled for controversies.

His recent decision to call it a day rather abruptly doesn’t make sense. He has been the country’s most prolific cueist at the international level for the past many years. He was still doing well but he has decided to withdraw himself from the national snooker circuit due to personal reasons.

“Saleh, who represented the country in the recently concluded IBSF World Snooker Championship in Wels, Austria, informed us the other day that he was not in a position to continue playing the game due to family and financial reasons. We tried to convince him to play for a few more years but he felt that his business interests might get hurt by doing so,” the PBSA President revealed.

“We advised Saleh to submit a declaration in writing in this regard or publicly announce his retirement so that his name could be removed from the national ranking chart. We are yet to hear from him despite having called him on his cell a few times,” Alamgir Shaikh added.

The PBSA President admitted that Saleh’s absence would create a vacuum as he has had the reputation of being a world-beater.“There is no doubt about the class of Saleh. He established himself as one of the leading amateur cueists of the world, having toppled some of the big guns during his illustrious career,” he noted.

He agreed that there was no lack of performance or inconsistency in form on part of Saleh even of late.The PBSA, the governing body of the game in the country, had always backed Saleh having bailed him out on numerous occasions. He should have had the courtesy to consult the administrators of the game before making such an important decision.

Saleh has had outstanding record during the current year. He rewrote history by becoming the first player to score a maximum 147-point break at the Asian Championship in Dubai earlier this year.

He extended his brilliant form in the inaugural Sangsom 6-Red Snooker International held in Bangkok, Thailand, just a few months later. He went down fighting in the pre-quarter-finals but earned the distinction of recording the maximum break of 75 in the quickest time. He did it in just two minutes and 54 seconds.

Saleh, seeded second for the knockout stage of the competition following his sterling performance in the league matches, was ironically downed by Thailand’s Noppadon Noppachorn, the only amateur to have forced his way into the quarter-finals.

His greatest accomplishment, however, had come five years ago in China when he reach the final of the World Championship 2003 by winning 14 matches on a trot. His surprise defeat in the final denied him the title that he richly deserved. 1999 was another landmark year for Saleh when he completed a grand slam by winning all four national ranking tournaments.
readmore »»