Shoaib Alam Khan has become only the second Pakistani to be an accredited Tournament Direct Born on October 2, 1970, or of the Asian Confederation of Billiards Sports (ACBS) with the recently concluded Jubilee Insurance 29th Asian Snooker Championship 2013 being his maiden assignment in the new role. 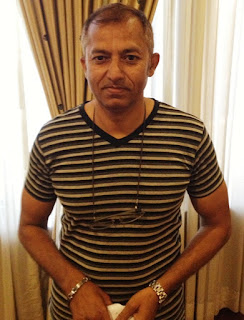 The 42-year-old Shoaib Alam has emulated Aspi Mavalvala, a former Honorary Secretary of the Pakistan Billiards & Snooker Association (PBSA), who had achieved the honour more than a decade earlier.

Born at Karachi on October 2, 1970, Shoaib Alam has been one of the most versatile snooker figures of the country. He was an active cueist having participated in Pakistan’s national ranking tournaments in the 1990s before starting his career as a referee. He has also tried his hands at the game’s administration besides having conducted quite a few local and national events.

He had made his debut as a player in the National Snooker Championship in 1992 and kept participating in the domestic circuit until 1997, achieving the highest rank of 13 in the middle of his brief career. He became a referee in 1993 and, after supervising quite few matches at the national level, was registered as an ACBS international referee the following year.

He made his international debut as referee during the inaugural Asian Under-21 Snooker Championship at Karachi in 1994. 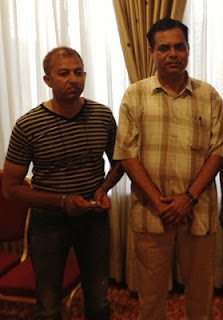 Since then he has stood in seven editions of the Asian Snooker Championships besides performing similar duties in Asian Games two times. He has also refereed in Pro Ams, World Six Reds and a number of invitational international events. He was awarded the status of a Gold Class ‘A’ Referee by the Referees Control Panel of the ACBS in 2010.

Shoaib Alam, a businessman by profession, has also remained associated with the national snooker body in the capacity of Tournament Director during the last few years. The recent elevation as the ACBS-accredited Tournament Director, however, remained the fulfillment of one his most cherished dreams.

He was thrilled by the new assignment, reckoning that the ACBS Board had reposed confidence in his abilities by appointing him the Tournament Director for the Asian Championship. Despite his preoccupation at business, which has prevented him from accepting full-time job at the Pakistan Billiards & Snooker Federation (PBSF), he has vowed to continue giving his best to the cause of cue sports in the country.

He could have been the ‘natural’ successor to Arif Taherbhoy, the longest-serving Joint Secretary of the game’s governing body who decided to hang his boots, but it looks extremely unlikely that Shoaib Alam would be interested in accepting that position due to his own commitments.

Meanwhile Pakistan’s veteran snooker referee, Shabbir Hussain Daruwala, also performed the duties of the Chief Referee in the Jubilee Insurance 29th Asian Snooker Championship 2013 which was held successfully in Karachi from April 27 to May 3.
readmore »»