Sachin Tendulkar would be hoping that Mahendra Singh Dhoni, who probably loses more tosses than any other contemporary captain, calls correctly and opts to bat first in the Asia Cup tie against Bangladesh on March 16. 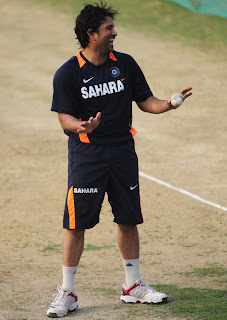 There’s also a distinct possibility that the Bangladesh skipper, Mushfiqur Rahim, decides to field first, after winning the toss, in anticipation of limiting the Indians and chasing down the target in quick time to improve the run-rate besides claiming the bonus point.

In the event of India batting first, Tendulkar will have greater chance of reaching the milestone that has eluded him for more than a year now. It looks ages now when he had posted his 99th international hundred against South Africa at Nagpur during the 2011 World Cup.

The form he was in during the World Cup his next hundred had looked just round the corner. It should have come during the course of the tournament that was being held in the sub-continent where the pitches were featherbeds. The bowlers were at the mercy of the batsmen and it seemed a matter of time for him to get to the most coveted of landmarks.

Who could have imagined that he would still be searching for that elusive century after having had 33 outings in the middle so far? Yes it’s a fact, not fiction, that the man who was scoring centuries at will previously would not be able to do it for so long.

More extraordinary is the fact that he has never looked out of touch in this century-less period. He has been on top of the bowling more often than not and every time he has gone past 50 there has been expectations of the milestone being reached during the next few hours. 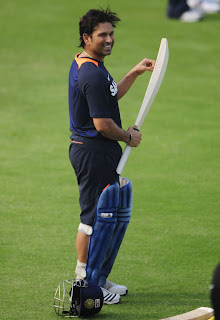 He has scored runs but the centuries have dried, costing India many matches, particularly the Tests abroad. His inability to score hundreds derailed the team on the disastrous tours of England and Australia where his team lost all eight Test matches.

His failure to get his 100th hundred in a Test match seemed to have prompted the selectors to play him in the One-day Internationals in Australia recently where he was unable to get to the much talked about landmark despite getting enough chances. 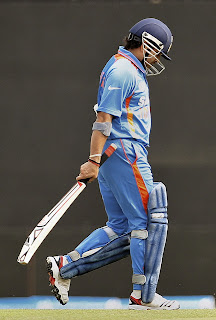 It appears very clear that Tendulkar has gone to Bangladesh more in pursuit of his personal record rather than with the ambition of playing any significant role in letting his team defend the Asia Cup title.

He got out cheaply in the opening game against Sri Lanka where Gautam Gambhir and Virat Kohli complied centuries while confronting an inexperienced bowling attack on a batting-friendly pitch.

The game against Bangladesh on March 16 offers him another golden opportunity. If he misses out again then he may have to wait much longer. It is not to suggest that he doesn’t have the capability to score a century against Pakistan but the probability of doing it in such high-voltage match would be remote to say the least.

There would indeed be one more opening created for him if India do advance into the final but we all know that Tendulkar doesn’t have had the inclination to score a century in the final of a tournament.
readmore »»

Precision Marathon off to a flyer in National Bridge 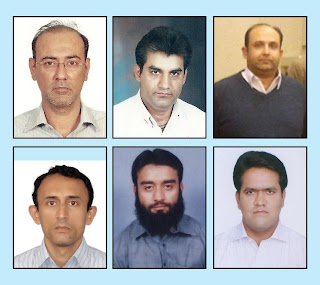 Four teams from Sindh and two each from Punjab and Islamabad will participate in the final leg of the National Championship, also serving as trials to select the national team for the year, to be organized in Lahore later this month.

The famous Lahore Gymkhana Club will host final battle between the top eight bridge outfits of the country, to be held from March 23 to 27. The winners will earn the right to represent Pakistan in the 2nd Mind Sports Championship, scheduled to be staged at Lille, France, in August.

Precision Marathon, Chandna, Allana and Century Insurance are the four teams from Sindh to have qualified to play the final round of the National Championship while Pre-emtpors and J K IV have made it from Lahore. They will be joined by the top two teams of the Islamabad leg of the event to be held during the upcoming weekend.

Seven teams from Sindh contested the first leg of the championship after it was decided to limit the participation to those teams who are serious in competing in the final segment at Lahore. 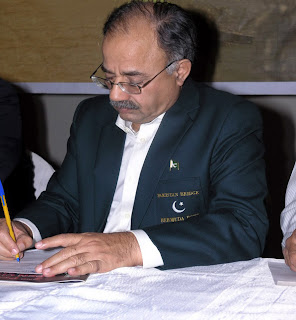 Right from the outset it was anticipated that Precision Marathon, Allana, Solox were certain to qualify and for the fourth place it seemed open for Chandna, Century Homes or Tanvir, with Foxy being the dark horses.

The star-studded Precision stood firm throughout and remained unbeaten in the competition. It was a perfect team work which allowed them to dominate and they thoroughly deserved the top place with an aggregate of 134 Victory Points (VPs).

Solox, who seemed certain to qualify, failed to live up to the expectations. They had the big names like Shahin Iqbal, Gulzar Ahmad Bilal, Mirza Ziaullah Baig and Hamid Mohiuddin.

Century Insurance and Solox were tied with on points at the fourth position but the former made the nod by virtue of having beaten the latter in their clash.

In the Punjab leg of the championship, Pre-emptors comprising of Izzat Khalil, Air Cdre.Safdar Mahmood, Asad Iqbal, Jahangir Ahmed Malik Ghias and Ahsan Qureshi excelled in the double round robin matches to finishon top with 62 Victory Points (VPs). They defeated Tigers and Silver Star with a big margin 25-2 and 25-4 respectively before losing 12-18 to J K IV.