It was a matter of time for Australia to succumb to defeat against Pakistan. The Aussies had been getting away with it despite playing poor cricket for quite sometime during a period when their opponents were guilty of being even more lopsided in the field. 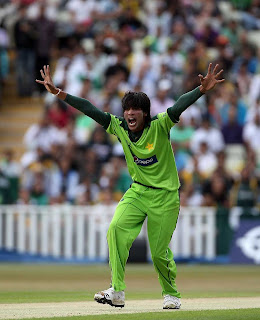 Australia had struggled to dominate Pakistan at home while they had coasted to a last-over win in the semifinals of the ICC World Twenty20 at St Lucia a few weeks ago when Mike Hussey had taken Saeed Ajmal by the scruff of his neck to climb the mountain.

It was a different day and a different story. It was not St Lucia in the Caribbean but it was Edgbaston in England. The settings were different and so were the moods of the two teams.

Australia did hold the psychological advantage going into the game but everybody knew that it was a matter of time for them to be blown away. Although they are now also the reigning world champions in the shortest version of the game there’s a feeling that they don’t possess the same kind of depth or character which had allowed them to rule for quite sometime in the not too distant past.

Many people believe that the current Australian team is overrated and they don’t have the strength to weather the storm as soundly as the one they had in the days of Steve Waugh or Ricky Ponting.

The youthful side at the disposal of new T20 captain Michael Clarke has the enthusiasm as well as the energy to come good but this lot cannot be expected to perform consistently as they do have the tendency of breaking down much earlier than their predecessors.

Australia had made a confident enough start in the first of the two-match T20 series by having Pakistan on the mat. But they had no answer to the onslaught of Umar Akmal who blazed to a 21-ball half century.

Pakistan, who had slipped to 49 for four, recovered to reach 167 that looked a fighting total but very much gettable for the Australians. But they made a heavy weather of it even after David Warner had put them on top by hammering Shoaib Akhtar for five successive boundaries. 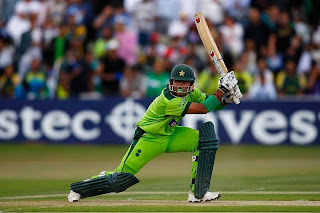 As we have witnessed so often, the Australians have had the habit of losing the momentum against Pakistan. They had been winning matches without doing it convincingly.

They had gone on to win clinch the World T20 crown in the Caribbean but how would they erase the memories of losing five wickets in an over against Pakistan in their league outing.

Mohammad Aamer, the man to have sent down that sensational last over in which Australia lost five wickets without getting a single run on the board, was into the act again and so was Saeed Ajmal, who has had exceptional record against them barring that last over in the semifinals.

The Australians were founding wanting in chasing down the target of 168 and there were no heroics from Hussey or anyone else. Pakistan won the match by 23 runs to start the long international summer on a winning note.
readmore »»