Alvin Kallicharran, one of the greatest West Indian batsmen of the 1970s and a former captain, has emerged as a strong candidate for the job of Pakistan’s batting coach. 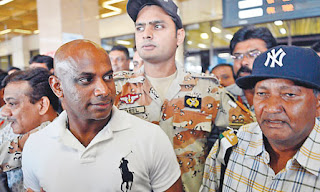 Having arrived Karachi as the coach of the International World XI on October 18, he has stayed back in town for a few days although the remaining squad has flown back to their respective countries.

What a fabulous time he has had in Karachi! The media has been covering him like anything and he has every reason to feel overwhelmed by the headlines he hit for the past one week.

I had a first conversation with him upon his arrival and it became crystal clear that he has come here with a very positive frame of mind and he was bound to win new friends mainly due to the clarity of his thought. 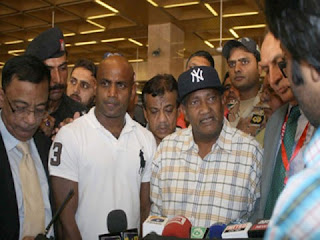 His positive comments have been highlighted by the media daily for almost a week now.

He can be seen on the television every day, charming people with the wealth of his cricketing knowledge and the eagerness to help the cause of the Pakistan cricket.

He has not been short of words in making his feelings known candidly. As the things have unfolded of late, he might be required to live in Pakistan for quite a while if he is appointed the batting coach of Pakistan, a position for which there seem to be many aspirants. 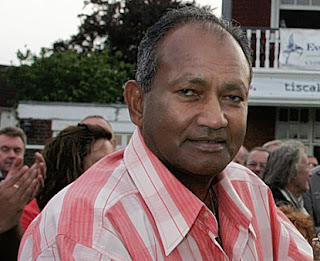 Kallicharran, who played 66 Test matches for the West Indies in an international career spanning close to a decade, has reacted cautiously to the speculations of him being offered the post of Pakistan’s batting coach.

“Let the offer come first then can I only consider it” was the brief reply when asked if he was interested in the job.

Kallicharran, whose elegance and poise as a prolific left-handed batsman is still talked about with great awe, has earned the support of no less than a man of the stature of the legendary Hanif Mohammad whom he called on at the latter’s residence in Karachi’s Al Hilal Society on October 24.

The great Hanif reckoned that the struggling Pakistani batters will learn a great deal from Kallicharran, whom he considered the most appropriate person for the job.

Kallicharran, who captained the West Indies for a couple of years, was obviously delighted by the remarks of the ‘Little Master’ which has now put him in the list of favourites because of his standout qualities.

With security concerns not in his mind at all, he could outshine all the other contenders if the officials of the Pakistan Cricket Board (PCB) are looking for someone to do the job on a long-term basis.

Kallicharran, who coached the young trainees at the PIA Cricket Academy, housed in Karachi’s eastern part of Gulistan-e-Jauhar, for a couple of hours on October 24, emphasized on the importance of playing a long innings rather than becoming impatient in playing strokes.

He will be doing a great service to the Pakistan cricket if he could teach them the virtues of the occupation of crease because lately the tendency has been to go out and slog from the outset.
readmore »»