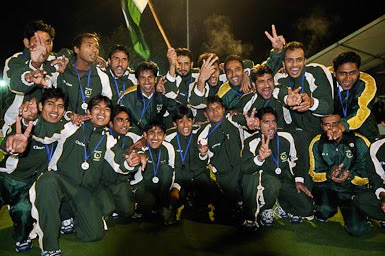 Pakistan emerged triumphant in the FIH World Cup Qualifiers in Lille, France, that has earned them the qualification for the Hero Honda FIH World Cup 2010. But the impression being given in the country is that Pakistan have already annexed the world title.

The officials of the Pakistan Hockey Federation (PHF), sitting in the corridors of power, even managed to have a congratulatory statement issued from the office of the head of the state hailing the victory in the recently held tournament.

The manner in which Qasim Zia and Asif Bajwa have been operating after having overthrown Mir Zafarullah Khan Jamali, nothing could be ruled out. They have become the hockey rulers who don’t approve the idea of consulting former Olympians and seasoned campaigners who brought more glories for the country than these two gentlemen could not even imagine.

The PHF is not being ‘governed’ much differently than the oft criticized Pakistan Cricket Board (PCB). The only apparent difference between these two bodies, headquartered in close vicinity in Lahore, is that the PCB is a one-man show and in the PHF there are two brothers in arms calling the shots.

Will these two worthy officials of the PHF care to explain didn’t it cost millions to take the team to France whereas they could have settled the issue by winning the Asia Cup in Malaysia earlier this year.

Pakistan would not have been needed to travel all the way to France had they overpowered South Korea in the Asia Cup final. The winners of the Asia Cup were to directly qualify for the World Cup.

It was the failure of the team in the Asia Cup final that jeopardized their chances of playing for the World Cup and they had to take part in the Qualifiers in Lille where they did it by the skin of their teeth.

Pakistan still needed to win the competition to avoid elimination from the World Cup although the teams participating in the Qualifiers in Lille were not highly rated or prolific ones.

They accomplished their mission after winning the tensely fought final against Japan 3-1. The lady luck was smiling on Pakistan who managed to overcome a much improved performance from the Japanese outfit. It turned out to be a much closer contest than anticipated. 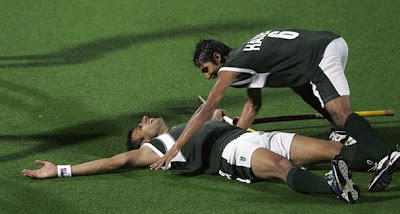 Poland, who had overpowered Pakistan in their league meeting, finished third while hosts France, Russia and Italy shared the next three positions.

A couple of more spots are available and will go to the winners of the second World Cup Qualifier, having started in Invercargill, New Zealand, and the third one, which starts in Quilmes, Argentina, in the coming week.