Frustrated by the continued delay and red-tapism in the release of his governmental reward, Muhammad Asif, the reigning world snooker champion, has threatened to quit the sport. 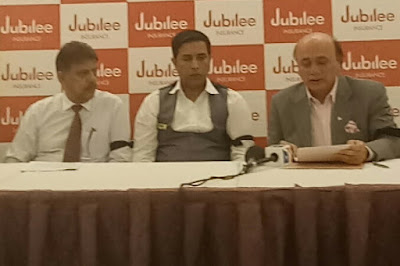 The top officials of the Pakistan Billiards & Snooker Association (PBSA), lending support to their proud product, have talked about taking legal action if the reward amount was not released.

In a dramatic turn of the events, all the participating cueists in the quarter-finals of the Jubilee Insurance 45th National Snooker Championship 2020 sported a black armband to protest against the delay in the release of payment to Asif on February 10.

Upon the completion of the quarter-finals, Asif, flanked by the top functionaries of the PBSA, addressed the media corps, present on the occasion at the Karachi Gymkhana’s Banquet Hall.

Initially Asif appeared cool and calm while seeking his due reward of Rs 10 million from the government which had been promised to him by head of the state. 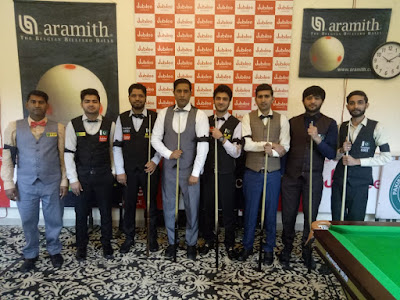 Apparently he seemed to have been provoked by some teasing queries leading to the change in his tone and body language.

When asked specifically, during the media briefing, if he would burn his cue, if the reward money was not paid to him, Asif, after some reluctance, opened up and expressed his disgust at having been made to run from pillar to post for the amount the government owed to him.

“I was not given the due amount when I became the world champion in 2012. Now I have won the world title again last year but still waiting for the reward money to be released from the government. The athletes should not be treated like this as they make a lot of efforts and sacrifices for performing well and bringing laurels to the country,” Asif stated.

“If the attitude of the government doesn’t change when perhaps I will stop playing snooker at national or international level in near future. I will be left with no other option than to announce retirement from snooker. If I don’t get the due reward then there will be no point in continue playing snooker,” he warned. 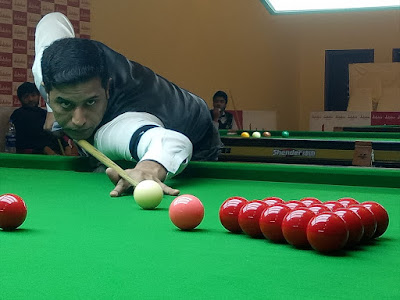 The PBSA President, Munawwar Hussain Shaikh, who is a lawyer by profession, didn’t rule the possibilities of taking the matter to court if Asif’s reward was not released.

The PBSA Co-Chairman, Alamgir Anwar Shaikh, shared that the President of Pakistan, Dr Arif Alvi, had himself given the assurance for the release of due payment during their meeting in Islamabad a few weeks ago.

“We have been knocking at the doors of the concerned departments from the moment Asif had made the country proud by bringing home the world title for the second time last year. We have approached the Federal Minister for Inter-Provincial Coordination, Dr Fehmida Mirza, as well the Prime Minister Imran Khan, who is a sportsman himself, but we are still waiting,” he explained.

“The protest of today is meant to basically serve another reminder to the concerned authorities to release the reward money to Asif, the two times world champion,” Alamgir Shaikh declared.

When inquired about the next possible move, if the payment was further delayed, the PBSA Co-Chairman hinted at holding protest meetings in Islamabad too.
readmore »»