International Master, Mahmood Lodhi, who holds the record of winning Pakistan’s national chess championship on the highest number of occasion, has expressed his fierce determination to become the country’s first-ever Grand Master. 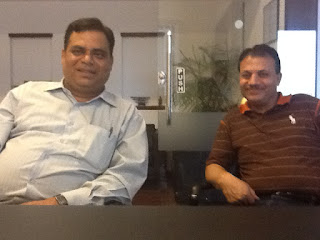 “It’s my ambition and I desire to achieve it in not too distant future. Despite the hardships I have had to endure over the years, I remain determined to accomplish the most cherished goal of my careerm” the master craftsman observed in an informal chat at Marathon House in Karachi on March 31.

He acknowledged the timely support of the Mind Sports Association of Pakistan (MSAP), having helped him in regrouping when those at the helm of the affairs in the governing body of his own sport had deserted him.

“I am thoroughly grateful to the MSAP and their Director, Tariq Rasheed Khan, who have encouraged me with their deeds. Life would have been tougher without their help at this stage,” he conceded.
readmore »»

Hunain, Majid off to Goa for Asian battle

Pakistan’s promising teenaged duo of Mohammad Hunain Aamir and Mohammad Majid Ali have left the shores of the country to participate in the 13th Asian Junior (U-21) Snooker Championship 2012 starting in Goa, India, on April 2. 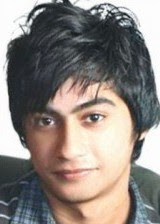 Both the cueists, alongwith referee Shabbir Hussain Daruwala, who will also be acting as manager, flew out of Karachi on March 31 and they will be reaching Goa, via Colombo and Mumbai, on April 1.

A total of 33 cueists from 10 countries will be contesting the 13th edition of the Asian Junior Championship which gets underway on Monday. The participants have been divided in eight groups with the top two to reach the knockout stage starting with the pre-quarter-finals. The final will be played on April 9.

Hosts India are fielding the highest number of cueists with half a dozen entries while Iran, with five, have the biggest participation among the foreign teams. Singapore, Hong Kong, Thailand, China, Saudi Arabia and United Arab Emirates (UAE) have three participants each while Pakistan and Sri Lanka have two entries each.

Sialkot’s Mohammad Hunain Aamir, emerged triumphant in the Jubilee Insurance Pakistan Junior Under-21 Snooker Championship 2012 staged in Lahore, has been placed in the Group A, alongwith Hossein Vafaei Ayouri, the reigning world champion from Iran, Lalit Dhaiya of India and Marcus Lim Wie Jie of Singapre.

Faisalabad’s Mohammad Majid Ali, who ended runner-up in the National Junior Championship, has been drawn in the Group D in the company of Akani Songsermasawad (Thailand), Chang Yung Kiu (Hong Kong) and Sylavosh Mozayani (Iran).

It will be maiden international exposure for both the talented youngsters, who, however, were granted an opportunity by the PBSA of competing in the Jubilee Insurance Pakistan 37th National Snooker Championship 2012 held in Karachi last month.
readmore »»

Precision Marathon, a blend of youth and experience, retained the crown by outwitting JK IV, comprising of seasoned campaigners, in the final of the National Bridge Championship 2012 which concluded at the Lahore Gymkhana on March 27.

By winning the championship, which also served as the national trials, Precision Marathon earned the right to represent Pakistan in the 2nd World Mind Sports Championship, scheduled to be staged at Lille, France, in August.

It was in the fitness of things that the final of the event was contested between the two best teams of the competition. Precision Marathon came back strongly after an uncertain start in the league matches while JK IV remained impressive all along until the final where they were downed by the former.

Starting the final with a disadvantage of 12.5 Victory Points (VPs), Precision Marathon from Karachi, featuring Tehsin Gheewala, Hasan Askari, Khalid Mohiuddin, Mubashir Puri, Junaid Said and Farrukh Liaquat with Tariq Rasheed Khan being the non-playing captain, triumphed in all the four segements to win the final 138-111.5.

JK IV from Lahore, containing Javed Khalid, Mirza Shauq Hussain, Saeed Akhtar and Masud Mazhar, who emerged as the top team in the league matches and extended their brilliant run in the semifinal against Century Insurance, could not reproduce their top game in the title clash.

JK IV, comprising of seasoned campaigners, entered the final with a carryover of 12.5 VPs on the basis of their better show in the earlier games. But they were derailed in the very first segment which their opponents won 47-24,

Precision Marathon, showing mental toughness to come to terms with the pressure games, did not look back after the excellent start which enabled them to neutralize the carryover factor very early.

Fierce battle for supremacy was witnessed in the remaining three segments between the two top sides of the event. Neither of them was prepared to give up but Precision Marathon emerged triumphant in all those closely contested ties to retain control.

They won the last three segments by the scores of 27-19, 31-26 and 33-30 with 27.5 VPs seperating the sides in the end. JK IV fought gallantly, not allowing their opponents to go into comfort zone at any stage, and the contest remained open until the end.

Originally eight teams from all over the country were to take part in the five-day final leg of the National Championship but Allana from Karachi pulled out at the eleventh hour. The seven participating teams were engaged in a double round robin battle, spread over three days, before the knockout phase starting with the semifinals.
readmore »»