The National Accountability Bureau (NAB) has summoned Razaullah Khan, veteran cricket organizer and a former councilor of the Pakistan Cricket Board (PCB), to appear in person next week.

Razaullah Khan, presently serving the PCB as the Coordinator for Grounds in Sindh, has confirmed that he has been directed to appear in person at the NAB office in Rawalpindi on January 19 at 9.30 am.

“My complaint number 34/09 was submitted to the NAB a few months ago and after thoroughly scrutinizing the matter they have now summoned me to find an answer to some missing elements and to resolve certain queries. I have also been asked to bring along relevant documents to support my allegations,” he revealed.

“I had submitted a request to the Chief Justice of Pakistan for taking a suo motto action against the officials of the PCB found by the Auditor General of Pakistan to have been involved in the embezzlement of funds to the tune of Rupees seven billion,” Razaullah Khan, one of the most outspoken cricket personalities of the country, revealed.

“Alongwith my application to the Chief Justice I had submitted a copy of the report of the Auditor General of Pakistan that details the corrupt practices of the PCB officials. I had also brought the matter to the notice of Chaudhary Nisar Ali, Leader of the Opposition in the National Assembly and Chairman of the Public Accounts Committee, by sending him a copy of the same report,” he added.

“I communicated to the Chief Justice that I approached him after having knocked at the various doors without any response. The people in the government have their own reasons of not initiating action against the former PCB officials even though the report of the Auditor General of Pakistan has found them guilty,” Razaullah Khan said.

“The Auditor General of Pakistan had compiled the report after being assigned the task by the President of Pakistan, Asif Ali Zardari, who is also the Patron of the Pakistan Cricket Board,” the former PCB Council member stated. 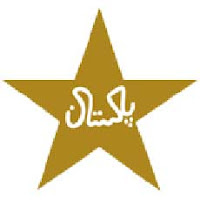 Razaullah Khan didn’t expect the present officials of the PCB to move against their predecessors because in his opinion there still were quite a few employees in the Board having sympathy with their former bosses.

Razaullah Khan has been known and feared for calling a spade a spade. He has had the knack of bringing to light the facts that generally were concealed by the people with the vested interests. He has not been afraid to blast his own colleagues if he found any fault in them. readmore »»