The reigning national champion Mohammad Asif, who successfully defended title by whacking second seed Asjad Iqbal in the final of the Langnese 4th Snooker Cup Ranking Tournament 2012 here at the National Bank of Pakistan (NBP) Sports Complex a few days ago, has been rewarded with a one-year sponsorship deal. 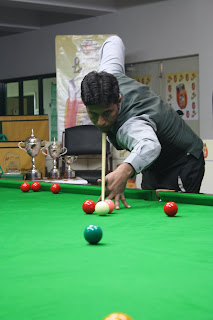 The 27-year-old Asif, hailing from Faisalabad, will be getting a stipend of Rs10,000 per month for the next one year from Anjum Asif (Pvt) Ltd, the manufacturers of popular brands Langnese and Del Monte.

“Asif, who will represent Pakistan in the World Snooker Championship next month, has turned out to be most consistent cueist during the last one year and we would like to see his graph going further up. He deserves the encouragement to sustain his solid performance,” the company’s Managing Director, Anjum Nisar, remarked while confirming the deal.

“We have been one of the supporters of the Pakistan Billiards & Snooker Association (PBSA) for the past few years, having sponsored a national ranking tournament every year. Before taking Asif in our folds, we had a similar deal with Imran Shahzad, then the number cueist of the country, for a couple of years,” he added. 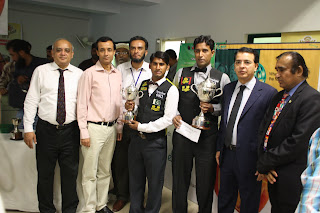 Anjum Nisar, who is a former President of the Karachi Chamber of Commerce & Industry (KCCI), stressed that cue sports need a lot of sponsorship support for its sustenance and development.

“The PBSA has done an excellent job by securing a piece of land from the Karachi Metropolitan Corporation (KMC) for the purpose of setting up the first-ever snooker academy in the country. The Association needs to be supported in their efforts for building the academy,” he stated.

“Our company has already announced a token contribution of Rupees one lac and we would mobilize our resources in the KCCI to generate substantial funds for the snooker academy project,” Anjum Nisar promised.
readmore »»