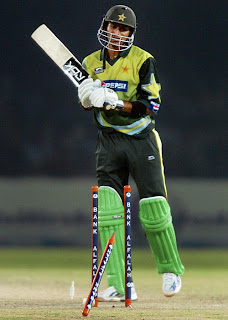 Somebody’s head had to be put on the chopping block after the 234-run loss to Sri Lanka in the third and final One-day International at the Qaddafi Stadium, Lahore, and now it was the time for skipper Shoaib Malik to face the music. He has been replaced by Younis Khan.

Shoaib Malik, who never looked an inspirational leader, had been given a vote of confidence by the PCB only a few weeks ago but the scenario changed dramatically with the defeat in the recent ODI series against Sri Lanka.

Two wrongs don’t make one right. The PCB management, in the first place, should not have displayed so much faith in Shoaib Malik while granting him an extension very recently. Sacking him just on the basis of one series could spell further disaster for the team.

Shoaib Malik had been appointed the captain by the previous regime and the movers and shakers in the PCB should have reassessed him properly before venturing to repose total faith in him.

How a captain, who was showered with so much praise just a few weeks ago, could become a spent force overnight. The best time for the PCB, having so many outstanding cricketers in its management, to get away with him was at the time when his captaincy tenure had expired.

The same Shoaib Malik was being considered as a successful skipper when he led Pakistan to the most unbelievable of victories in the first ODI at the National Stadium, Karachi. It was really stunning to find the Sri Lankans getting rolled over in the manner they were in the opening game.

Sometimes unexpected and undeserved success also becomes the cause of a turnaround. False expectations were built after the first ODI and there was widespread resentment and anguish when the team was floored in the next two games. 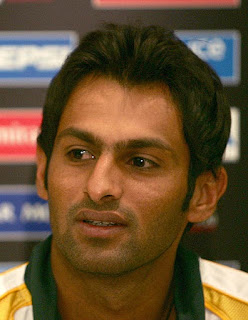 There might not have been this kind of fierce reaction had Pakistan been whitewashed in the ODI series in a normal fashion. There was a big difference in the level of two teams, in terms of experience as well as class. Sri Lanka didn’t play like Sri Lanka in the first ODI and people started believing that a similar pattern would be followed in the rest of the series. The story changed, however, when the Sri Lankans started to play to their potential.

Poor Shoaib Malik had to pay the price of getting over-confident after the upset win in the first ODI. He was guilty of getting carried away, poking his nose everywhere. It was none of his business to warn his teammates during the course of the series. He seemed to have taken it for granted that his own future was absolutely secured and he had the power to call the shots.

What he had overlooked was the fact that arrogance is one quality that lets even the most successful conquerors down. He was guilty of overstepping his line and he has been taught a lesson right away.