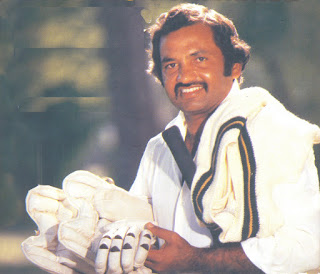 Mushtaq Mohammad, acclaimed as the greatest cricket captain produced by Pakistan, has no doubts in his mind that Younis Khan, having been recently appointed the skipper of the national team, is far more suited to the job than his predecessor Shoaib Malik.

“Younis does have the leadership qualities that are so essential in getting the best out of the team. When you are the captain of the side you to inspire the members of your team, lift their spirits and back them,” Mushtaq remarked in a one-to-one chat at the Customs Cricket Academy in Karachi on February 16.

Having arrived from England only the other day, Mushtaq reckoned that the appointment of Younis as captain could help Pakistan in becoming a major force in world cricket once more.

“To be honest, Shoaib Malik never impressed me as a captain. In my book he wasn’t the right candidate to be offered the job. May be the cricket board had no other choice at that moment but this didn’t help the cause of the team,” Mushtaq believed.

“But let me add here that Shoaib Malik is an exceptionally gifted batsman who is capable of playing big knocks. He has already scored a few centuries and there seems no reason why he should not be scoring many more in future,” he asserted.

He dispelled the impression that Pakistan would be at any disadvantage in the upcoming home series against Sri Lanka for not having played Test cricket for over a year.

“I don’t think this would matter when the two teams take the field. As professionals every cricketer is expected to deliver in all sorts of situation. It’s a new series and the Pakistan team should think positively,” Mushtaq remarked.

“I do sincerely hope that our team doesn’t use this as an excuse if they are unable to perform in the two-Test series. Our boys would be advised to forget about the layoff and concentrate on the job in their hands instead,” he advised.

Mushtaq, who is remembered for having galvanized a bunch of high-profile individuals into a world beating outfit in the 1970s, remains convinced that Pakistan could give the Sri Lankans a run for their money in the Test series if they played to their potential. 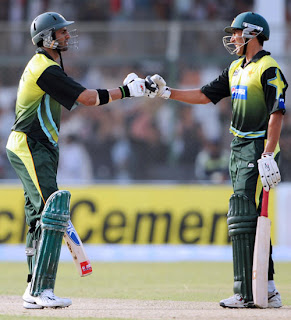 Having led the team to victories in Tests in Australia and the West Indies during the 1976-77 season he regretted that Pakistan were not playing enough international cricket for the past few years.

“One can understand that the conditions in Pakistan might not have been entirely to the satisfaction of the visiting teams in the last few years but why haven’t Pakistan toured other countries more regularly than before to make up for the cancelled home engagements,” he questioned.

“I think the Pakistan Cricket Board (PCB) needs to be more proactive in their approach and they should look for the ways and the means to meet the challenge. Everyone knows that the situation is not ideal but you know one has to work harder for creating opportunities,” Mushtaq observed.