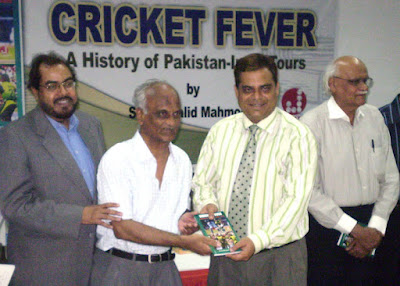 It’s extremely painful to narrate obituary of someone whom who have idolized all your life or those who are the dearest to your heart. Azeem Sarwar Saheb was both to me. He has left this mortal world, after a brief illness, on September 12, having celebrated his 79th birthday not very long ago.
Having conceived, anchored and produced ‘Aalami Sports Round Up’ and ‘Subh-e-Pakistan’ which are considered blockbusters due to their record-breaking audience and following, he was also credited to have scouted, trained and groomed a number of promising youngsters who later became success stories in the media industry.
Azeem Sarwar has been the top mentor in my life. Having first interacted with him in June 1985, he remained the greatest source of inspiration and motivation to me for the past 36 years. His teachings and lessons will continue guiding me until I live in this world.
I was among one of his millions of ardent fans and followers when Ehsan Qureshi had taken me to the Broadcasting House, located at Karachi’s bustling M A Jinnah Road, on another warm June evening of 1985. Little had I comprehended that this moment was going to lead a turnaround in my life.
The amount of confidence he instilled in my veins by picking up the brief report transcribed by me and choosing to narrate it himself that night in ‘Aalami Sports Round Up’ was hard to describe in words. The following day he made me super confident by offering a contract which was at par with the top broadcasters doing the programme. It was incredible.
Besides providing the much needed opportunity of showcasing talents, nurtured and groomed me and all my teammates in such a manner that we had actually become destined for success after the stints at Aalami Sports Round Up and Subh-e-Pakistan both of which were among radio blockbusters.
Lots of people all over the world are aware about his accomplishments as a voice-over artist, producer, playwright, presenter, compere, announcer, commentator, editor and columnist because he became a legend in his own lifetime, but only those like me, who have had the honour of working with him for a long time, are aware of his other outstanding qualities like leadership and mentoring.
The whole world knows that he has immortalized himself by having conceived, planned and produced iconic programmes like ‘Rung hee Rung Jaidi Kay Sang’ and ‘Jaidi Kay Mehman’ but it’s probably not common knowledge yet that he has been chiefly responsible, through ‘Aalami Sports Round Up’ and ‘Subh-e-Pakistan’ for discovering and developing a young crop of sports enthusiasts into acclaimed journalists, broadcasters, anchors, analysts and presenters who went on to rule the media industry for the next quarter of a century.
Like Abdul Majid Bhatti, Arif Afzal Usmani, Ehsan Qureshi and Syed Muhammad Soofi, I also have had the good fortune of being a part of his team in both the programmes. Shahid Akhtar Hashmi, Owais Naseer and Abdul Rasheed Shakoor were among those who excelled from ‘Aalami Sports Round Up’ while Ibrahim Khan and Farooq Ahmad Khan also played their roles admirably.
It was an honour for me to have been reunited with the living legend when, upon assuming charge as the Chief Editor of Ahang and Pakistan Calling, he invited me to join their editorial team. His wealth of knowledge on national and international affairs, besides his expertise in writing and editing, transformed both the publications from an official gazette into proper magazines which were dispatched with pride to the Pakistan’s embassies and trade missions all over the world.
He retired from Radio Pakistan in 2002 and it was my good fortune to accompany him when he completed his last day at office. I found him to be perfect mentor in many ways as he always led by example, believed in teamwork and was in the forefront in taking up the most challenging of roles. He remained a firm believer of quality who didn’t lose any artistry even when working at incredibly fast pace. Meeting and beating deadline was his passion.
Blessed with unmatched humane qualities, he was hard task master during the working sessions but his sense of humor, besides care and generosity, kept all his associates glued to him at all times. He was the troubleshooter and the father figure for all of us all long. And he will remain so when resting in Heavens.
readmore »»