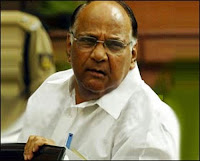 Isn’t it strange to learn that the movers and shakers of the Board of Control for Cricket in India (BCCI), the virtual owners of Team , have become so particular in taking care of their star players of late?

Isn’t in funny that they have decided in principle to field second string side for the upcoming home series against New Zealand in order to preserve the energies of some their key players?

I can’t understand the double standards of the BCCI. They have become so much careful and concerned for their cricketers all of a sudden during the middle of an international season.

Forget the World Cup. What about the Test and ODI series at home against ? What about the tour of which starts just a few days after the conclusion of the home series against the Black Caps?

Who had chalked out their plans? Who had finalized their itineraries? Who was responsible for ensuring adequate rest for the players besides ensuring that they fielded the strongest side in the park?

When the BCCI have so much influence in the affairs of the International Cricket Council (ICC) and all the member boards appear to be at their beck and call they had a duty to protect the interests of their own cricketers and the paying public.

What’s the fun in letting all the top guns participate in the Indian Premier League (IPL) and the Champions League, both of them being the babies of the BCCI, at the expense of their cricketers who should rather be motivated to give their sweat and blood for the national team?

I think the BCCI functionaries are playing around with the emotions of the millions of fans of Team by compromising on their interests. There’s certainly no need now for having an IPL or Champions League when they already have a crowded international calendar.

Every country is more than eager to play with Team for commercial reasons. have had a formidable combination for every format of the game for quite sometime now. Their cricketers are crowd pullers in every continent of the world.

Besides minting money, which they can very well do by hosting more international matches, they have to think in terms of protecting the interests of the people of their own country. It are the people who have made the BCCI rich. It’s payback time.

Isn’t it a pity that the cricket-crazy towns will be denied the pleasure of watching the likes of Sachin Tendulkar, Zaheer Khan, Virender Sehwag, Gautam Gambhir and Harbhajan Singh who are more likely to be rested for the ODIs against ?

Don’t the spectators deserve to see those legendary cricketers? The cricket matches have immense entertainment value and it’s the duty of the BCCI to strike a balance somehow.

I know they are more focused and interested in the television rights rather than worrying for how many people who turn up at the grounds but I reckon it’s unfair to field below strength teams in international matches.