Pakistan, who ruled the world of hockey for a long time, start their campaign in the Asia Cup with a game against the super fit China, having improved in leaps and bounds in the recent past. 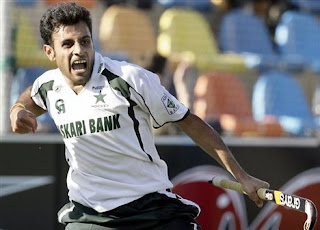 History, however, is on Pakistan’s side, having annexed the trophy in the first three editions of the continental competition in 1982, 1985 and 1989. They are being billed as one of the favourites again even though they have had a rough ride in the hockey arena during the last few years.

The enigmatic Pakistan side had plunged into their lowest ebb by failing to win any medal in the last edition of the Asia Cup held in Chennai in 2007 where hosts India, South Korea and Malaysia had shared glories.

This tournament provides an opportunity to revive the country's hockey fortunes as Pakistan would be spared of appearing in the qualifying event for the next year’s World Cup if they win the title here.

Pakistan will be relying heavily on its veteran quartet of custodian Salman Akbar, full back Sohail Abbas, half back Waseem Ahmed and forward Rehan Butt who are staging a comeback in the team after enjoying rich experience in Dutch league.

With the return of the vastly experienced players and in the presence of talented forwards Tariq Aziz, Akhtar, Waqas Sharif and Waqas Akbar, Pakistan look the most formidable side to have entered the eight-nation tournament.

Pakistan, having struggled in the recent past as they finished a disappointing eighth in the Beijing Olympics last August, would be needed to get into their grooves to regain their lost glories in the field of hockey.

Pakistan, who finished a poor fourth in the five-nation contest in Ipoh last month, must come up with improved performance here to build the momentum for the major events ahead. The return of the seasoned campaigners boosts their chances and they are expected to rise to the occasion for the revival of national sport in the country.

Pakistan have been drawn in the tough Pool B with arch-rivals and defending champions India, China and Bangladesh while the Pool A contains South Korea, Japan, Sri Lanka and hosts Malaysia.

Pakistan must win at least a couple of league matches in their bid to advance in semifinal knock-out stage that indeed is their first target. Then they would be just two more wins away from the title.

On the other hand, the eight-time Olympic champions India, who failed to qualify for the 2008 Olympic Games staged in Beijing, would also be aspiring to make amends by retaining the Asia Cup they won at home a couple of years ago.

The Indians, however, are on a high of late after having finished runners-up in four-nation Punjab Gold Cup and then the title win in the Azlan Shah after a lapse of 13 years. 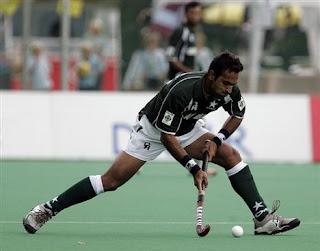 Besides Pakistan and India, South Korea and Malaysia can also fancy their chances of clinching the trophy with China being the dark horses. Unlike the past an Indo-Pak final, however, could not be guaranteed in the prevailing circumstances with the other teams also possessing the credentials go the distance.