Posted by Editor at 11:36 AM .
0 comments
Labels: BBSYDP, Benazir Bhutto, Sindh Government
By Syed Khalid Mahmood
The five-month camp for the cricket coaches, being organized by the sports department of the Government of Sindh with the collaboration of the Pakistan Cricket Board (PCB) as a part of the Benazir Bhutto Shaheed Youth Development Programme (BBSYDP), got underway at the Regional Cricket Academy Ground, Karachi, on May 17. 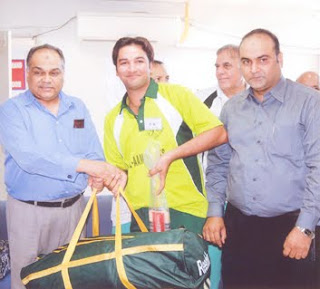 Shoaib Ahmed Siddiqui, Secretary, Sports & Youth Affairs to Government of Sindh, presided over the opening ceremony held at the National Stadium during which he presented kits and resource material to the participating 20 coaches, including four ladies, selected from all over the province.

“The Benazir Bhutto Shaheed Youth Development Programme (BBSYDP) has been launched according to the wishes of Sindh Chief Minister, Syed Qaim Ali Shah, to pay tribute to the two-times elected Prime Minister of Pakistan,” Shoaib Siddiqui remarked in his speech on the occasion.

“The Youth Development programme has been named after her and the Government of Sindh has approved Rs 13 million for the project in which 150 youngsters will be trained in nine different sectors. Besides sports the training will also be provided to the youth in the fields of banking, insurance and taxation,” he disclosed.

“These courses will not only enlighten the trainees but will also be greatly helpful in raising their skills that could open the doors for career jobs. The youth holds the future,” Shoaib Siddiqui reckoned.

Saleem Siddiqui, Deputy Secretary Youth Affairs to the Government of Sindh, revealed that the trainees will be paid a monthly stipend of Rs 6,000 with a further monthly allowance of Rs 3,000 to be paid to the outstation coaches.

The PCB, he added, would be compensated for organizing the initial Level-1 course for the participants under the supervision of Haroon Rasheed, Ali Zia and Shahid Asalm. The PCB has also been assigned to monitor and assess the participants throughout the five-month period during which the coaches will be assigned different tasks to polish their skills. 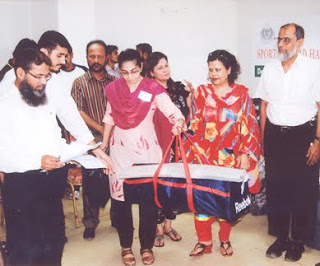 The Sports and Youth affairs department of the Government of Sindh had placed newspaper advertisements inviting applications from the prospective coaches. The applicants appeared in a written test before a series of interviews on the basis of which 20 were selected for the camp training.

“It’s very heartening to note indeed that the applications were received from every nook and corner of the province. After carrying out the due process, with the assistance of technical hands, the candidates from Larkana, Dadu, Sukkur, Naushero Feroze, Sanghar, Khairpur, Umar Kot, Mirpurkhas, Hyderabad and Karachi have been selected for the training course,” Saleem Siddiqui observed.
readmore »»