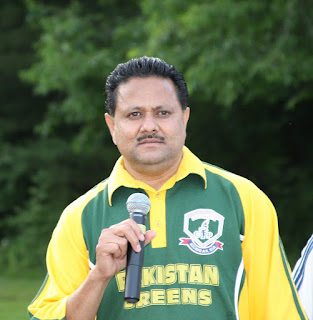 No matter how developed the society may be and how established the institutions are in place more often than not it are the proactive individuals who become the catalyst in bringing about a change.

Cricket has a deep rooted history in the United States of America (USA) but it has remained a minority sport over the years and it continues to be that way despite the presence of a large number of expatriates from the nations that have excelled in the game.

While the International Cricket Council (ICC), the governing body of the game, remains engaged in promoting the sport within its own set of policies, one needs to recognize the contribution of the fellows who are devoting all their energies in helping the game survive and flourish in the USA.

One individual who has stood out in promoting cricket in the USA in recent times is Naeem-ul-Haq, a former first-class cricketer from Karachi, who has now relocated on the outskirts of Miami in Florida.

Naeem, who also played for his employers Pakistan Customs besides representing Karachi before migrating to the USA, has been working hard for the promotion of the game from the moment he landed there.

He has been actively involved with the Michigan Cricket Association (MCA), having worked closely with its livewire President, Shahid Ahmed, who has also moved there from Karachi.

Naeem and Shahid, although living thousands of miles apart in the USA, have done wonders by joined hands in promoting the game. The two Karachiites have taken the time out to work for the promotion of the game on a regular that’s indeed the key.

In the past we have come across some enthusiasts who emerged on the scene with high spirits but disappeared quickly when they found the going tough as cricket is not one sport that’s going to make waves at this stage.

Besides the high level of commitment, a lot of patience is also required to promote cricket in the USA. By the look of things Naeem and Shahid appear to be having the qualities that could signal a turnaround in the fortunes of the game there.

Their single largest contribution so far seems to be the Diversity Cup that they have been able to hold successfully in Michigan for the past few years. It has become an annual event in which teams from different communities take part every summer. They have already announced to hold this year’s Diversity Cup from July 3 to 5. 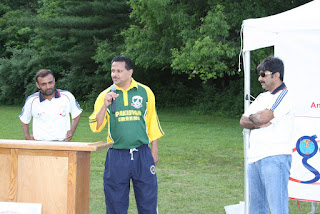 The legendary cricketers like Javed Miandad, Greg Chappell, Asif Iqbal and Mushtaq Mohammad have already been to Detroit and they have lauded the efforts aimed at popularizing the game that has so much potential.

Naeem, a qualified coach now, is lately in the process of launching the Florida Cricket Academy for which he has already obtained a piece of land in Fort Lauderdale. He is in Karachi these days and the main purpose of his visit is to sign a Memorandum of Understanding (MoU) with the famed Customs Cricket Academy, founded by Jalaluddin, the first bowler to have recorded a hat-trick in One-day Internationals.