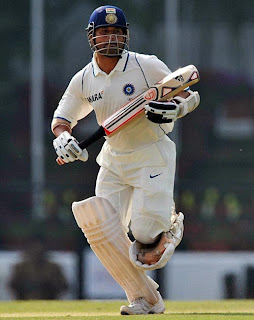 After watching the first Test of the ongoing series between India and South Africa there’s very little doubt in my mind that the likes of Sachin Tendulkar and Rahul Dravid have done greater service to their country than being thought of generally.

India owe their success in the recent past to their world class batsmen, having proven record against all teams. Their bowlers have also come up with improved performance particularly abroad but everyone knows that it were their own batsmen to have laid the strong foundation more often than not.

India started winning overseas games more frequently when they had the strongest-ever batting line-up in the world. That allowed their bowlers the luxury of attacking the opponents with purpose.

Take the example of Anil Kumble. Why did he have an ordinary record abroad by his own high standards at a time when he was considered only a match-winner at home in the 1990s? It was the time when the Indians didn’t possess a settled or consistent batting-order that could put huge totals on the board in the challenging conditions abroad. That meant Kumble and others didn’t get the opportunity to have a go at their opponents.

Things changed from the moment India found the most charismatic middle-order with Tendulkar and Dravid getting the support of Sourav Ganguly and VVS Laxman. The emergence of the master blaster Virender Sehwag at the top of the order made their batting the most formidable in the game.

While Sehwag and his opening partner Gautam Gambhir have fired in every format of the game the stalwarts like Tendulkar, Dravid and Laxman have had far greater utility in Test matches where the occupation of crease remains paramount.

India, who won the inaugural ICC Twenty20 in South Africa in 2007, have produced quite a few outstanding dashers of late but the performance their raw youngsters in the Nagpur Test brought to light the fact that they lack in the backup talent for the longest version of the game.

The failure of the trio of Murali Vijay, Subramaniam Badrinath and Wriddhiman Saha, must have served as a warning bell for the Indian think tank. None of the three young batsmen could make it count. 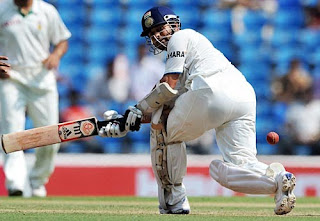 Vijay had played in the past as well but he used to be drafted in a side packed with stars all around him. This time he himself was senior to two debutants in the playing eleven. It presented a golden opportunity of making a big impression to all of them but they just couldn’t deliver.

With the youngsters not showing the application needed to stay afloat against a high quality bowling attack it has become increasingly important for the seasoned campaigners to extend their career. They should forget about retirement for a long time.

Tendulkar and Dravid are still the backbone of the Indian batting in Test matches with Laxman not too far behind. These three batsmen need to take fresh guard and continue performing with the same passion that has been the hallmark of their illustrious careers.

Tendulkar obviously remains the most important component because of his versatility even in his 20th season in international cricket. Having 46 in his bag already the golden figure of 50 Test hundreds must have started crossing his mind. readmore »» 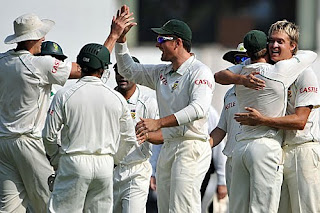 Who would have believed after watching the first hour of the Test match that the hosts India were to lose it so decisively inside four days. That was the story of the Nagpur Test where South Africa overcame a nightmarish start on the opening day to record their most emphatic of victories in the recent times.

Mahendra Singh Dhoni would have dearly loved to bat first too, had he won the toss on a dry pitch that was to be full of runs on the first couple of days before breaking up gradually.

But Dhoni must have considered it a blessing in disguise when Zaheer Khan and Ishant Sharma bowled with fire to have the South Africans on the back foot from the outset. Zaheer in particular was truly outstanding to the extent of being unplayable at times. His opening spell accounted for the opening pair of Graeme Smith and Ashwell Prince in quick succession.

Prince was touch unlucky because the replays were not conclusive in determining any contact of the ball with bat or glove but what a delivery it was. Zaheer got it to lift from the good length spot and the left-handed opener was in all sorts of trouble in saving his skull.

The one that got through Smith was another beauty. Zaheer was moving the ball both ways and none of the South African batsmen were confident against him. Both Hashim Amla and Jacques Kallis were not off the mark yet and the pressure was on the visitors to see off the new ball.

Not for the first though India surrendered the initiative far too quickly and the field had to be spread out to stem the flow of runs instead. Amla and Kallis were allowed to build a partnership that in fact was the highest for any wicket in the South African history.

Harbhajan Singh failed to provide the breakthrough that denied Amit Mishra the opportunity of attacking the batsmen. Neither of the two spinners bowled anywhere near to their best and Dhoni had a tough task up his sleeves.

The ineffectiveness of Ishant Sharma compounded India’s problems and they were forced to play the waiting game. Their bowlers were milked and the runs kept on coming almost effortlessly. They somehow prevented Kallis from reaching his career best score but they had no clue how to get rid of Amla who played the innings of his lifetime. 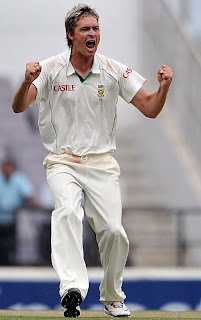 The inexperienced Indian batting line-up was to be put to more stern examination after South Africa, by posting a huge first innings score, had more or less ensured that they were not going to lose the match.

The fancied quartet of Gautam Gambhir, Virender Sehwag, Sachin Tendukar and M S Dhoni, had greater responsibility to come good because they had to cover up for the lack of experience of as many as three newcomers in their side with two of them making their debut.

It could have been a different story to relate in the presence of Rahul Dravid, V V S Laxman and Yuvraj Singh but they were not there. Sehwag and Tendulkar did score a century each but that they needed to score many more under the circumstances.

As Dhoni admitted in the post-match ceremony, India were well and truly outplayed with Dale Steyn being the standout bowler, returning a haul of 10 wickets to power South Africa to an innings victory. readmore »»