Shoaib Akhtar is mobilizing all the resources at his disposal to facilitate his comeback in the national team. He has this habit of creating this kind of situation on the eve of every major series. He knows that he has certain news value. He wants to make the most of it by issuing statements that could keep in the reckoning and prolong his international career. 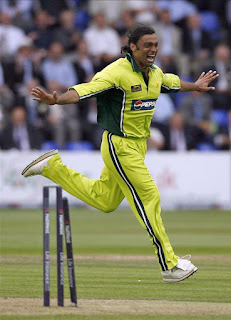 Shoaib is hitting the headlines yet again, passing the impression that he is fully fit to take on the Australians in the upcoming series to be held in the United Arab Emirates (UAE).

It remains to be seen if the present selectors will take another chance with the speedster. Abdul Qadir and company will have to think twice because they had gambled with him in Sri Lankan series not very long ago and faced humiliation.

The selectors will have to decide whether they can still rely on Shoaib or they can move forward by trying out a promising young fast bowler in his place. The series of One-day Internationals and Twenty20 Internationals against Australia is fast approaching and it’s not going to be an easy decision.

Shoaib Akhtar, clocked as the fastest bowler of the world, has had an outstanding record at the international in all forms of the game but his level of fitness and commitment both have often been questioned. He has not been able to keep himself fit for a long duration of time much to the disappointment of the while nation.

He’s such a gifted cricketer. Known as the ‘Rawalpindi Express’ he has demolished the strongest of batting line-ups. In just 46 Test matches he has bagged 178 wickets at an average of 25.69 while he has scalped 220 batsmen in 140 ODIs at an average of 23.49. He has fared impressively in the shortest version of the game too, having taken eight wickets in six games at 20.62 apiece.

He, however, is not that far away from his 34th birthday and being a fast bowler one can’t expect much cricket left in him. He may be able regain his full fitness and form in near future but for how long one never knows.
He has become notorious for breaking down during the course of a series, a tendency that hurts the team spirit. One can only hope he would last the entire length of the series, if selected. 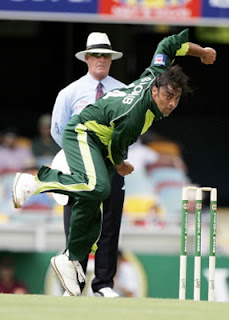 Shoaib Akhtar appears in high spirits of late and with skipper Younis Khan and chief selector Abdul Qadir both having great admiration for the mercurial fast bowler, he may once more find his way into the team.

"I have been working very hard and gearing up to play against Australia. I will play more domestic matches so that I can prove my fitness to the selectors and the rest is with them. I am feeling better and have bowled 20 overs in the two matches. So I will be up to my full fitness and rhythm when we play Australia.," he was recently quoted as saying.

Having himself spearheaded Pakistan’s conquests over stronger Australian outfits in the not too distant past, he believes that Pakistan do have a very good chance of beating Australia in the upcoming series.