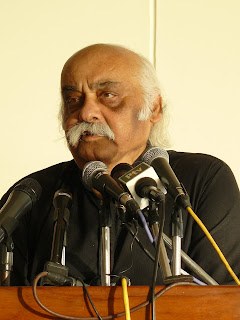 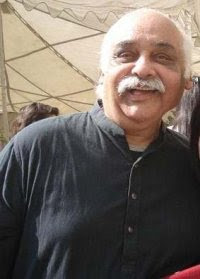 He was the most complete sports journalist of the country. Nobody could lay claim for coming a close second. He will be greatly missed in the sports circles. readmore »»

Ijaz Butt’s squad mauled Down Under 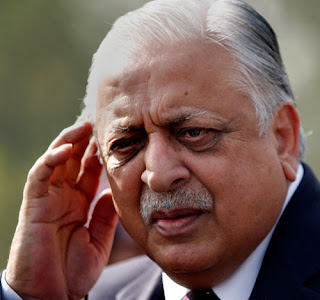 Who said it was Pakistan’s outfit humbled in all three Tests, five One-day Internationals and the one-off Twenty20 International during the just concluded tour of Australia? In all fairness it was the Ijaz Butt squad that had to bite the dust.

Yes there has been no such entity as the Pakistan Cricket Board (PCB) since October 2008 when the President of Pakistan, Asif Ali Zardari, being the Patron of the Board, had nominated Ijaz Butt for the post of its chairmanship.

Now the pressure is on the PCB Patron from all the concerned quarters to bring about the change that has become long overdue. Ijaz Butt has not only failed miserably on all fronts but he has set the worst example of dictatorship in cricket administration yet.

More than anything Ijaz Butt was preferred for the coveted job because of the muscles and the political clout of his brother-in-law, Chaudhary Ahmed Mukhtar, Federal Minister for Defence, believed to be enjoying the closest of terms with President Asif Ali Zardari as well as Prime Minister, Syed Yousuf Raza Gilani.

Ijaz Butt’s nomination as the Chairman of the PCB was generally welcomed because besides being a former Test cricket, he also had the experience of cricket administration having served the Board as its Secretary in the 1980s.

But he has proved to be a complete failure, having adopted policies that are unethical, unprofessional, undemocratic and uncalled for. May be it’s the age factor or he has obtained a license to kill from his powerful brother-in-law he continues to harm the cricket affairs and his stay in office is likely to make things even more pathetic.

Ijaz Butt has gone from bad to worse and he continues to slide further. He has been guilty of making decisions arbitrarily, totally disregarding the fact that the PCB is a national sport body, not his proprietorship concern.

I don’t think he would have been playing around in this manner even if he considered the PCB his own company. Can anyone imagine his brothers-in-law tolerate such adventures in the Service Industries where he works for them? Certainly not!

Ijaz Butt is solely responsible for the mess the Pakistan cricket finds itself in at the moment. His dictatorship has ruined the game and it’s time to send him back the quicker the better in the national interest. 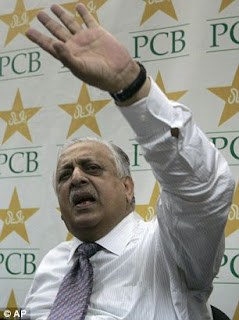 He doesn’t believe in delegating powers or may be he doesn’t trust anyone. He thinks ‘promises’ or ‘commitments’ as a piece of paper, not bothering to honour his own words. Neither does he care for anyone else except himself. Obviously he’s not sincere even to his masters otherwise he would not have put them in such awkward situation.

Now the ball is very much in the court of the Patron of the PCB once more. He has to make the final decision. Despite his preoccupations, hopefully he will not take more time now in order to spare the nation from further embarrassment.

Ijaz Butt should also be tried for having brought the country to shame and exemplary punishment be given to him, if found guilty, to set an example for future. readmore »»