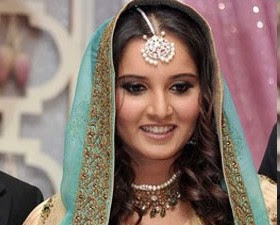 The announcement of retirement from international cricket by former captain and a batting great, Mohammad Yousuf, was not the ‘only’ headline news to be broadcast by the Pakistani television channels on March 29.

I don’t think Yousuf even had left the premises of the Karachi Press Club (KPC), where he had formally announced his retirement during Meet the Press programme, when the news about the wedding of Shoaib Malik and Sania Mirza broke out.

So there were two former Pakistan cricket captains, not one, having hit the headlines on the same day. Yousuf and Shoaib may not be enjoying the most cordial of relations of late but I am sure they would have followed each other’s developments during the day with considerable interest.

While there was not much element of surprise in Yousuf’s decision of calling it a day, for it had become all too obvious by the time he announced his retirement formally, but the ‘news’ of Shoaib planning to tie the knot with Sania came as a surprise.

As the television channels started ‘hunting’ for the ‘credible’ sources to verify the ‘breaking news’ the sports communities in both the countries across the border became more engrossed in this unexpected and unlikely event.

The news was finally confirmed to the media by Sania’s father Imran Mirza later in the evening. A formal wedding reception has been scheduled within a month but there were no plans for an engagement function.

“The couple will be based in Dubai, where Shoaib is a resident, and Sania will continue to play tennis once she recovers fully from the wrist injury that has marred her career in the recent past,” Imran was quoted as saying.

“My wedding is, Insha Allah, going to be the biggest day of my life. I have been under constant glare of the public for too long and would appreciate more privacy at this very personal moment in my life,” Sania said.

“I hope to be fully fit to represent India in the Commonwealth and Asian Games that are scheduled for later this year,” she added.

Sania plans to continue playing tennis for India while Shoaib will obviously be representing Pakistan and this indeed could be a unique case where the husband and wife will represent their respective countries in sport. 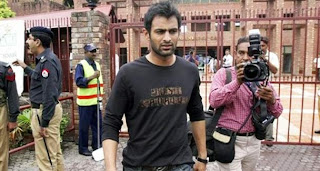 Shoaib is understood to be fully supportive of Sania’s tennis career. “I fully understand what it takes to be an international sportsperson and I will support Sania in her career as long as she wishes to play,” he was reported to have said.

“Representing India, at the 2012 Olympics is very important for her and I will be the proudest husband if she can win a medal for her country,” the former Pakistan captain added.

Shoaib had formerly been engaged to another Indian, Ayesha Siddiqui, who claims to be married to the charismatic Pakistani all-rounder. According to reports Ayesha’s father has tried to threaten Shoaib to give Ayesha divorce before proceeding any further. readmore »» 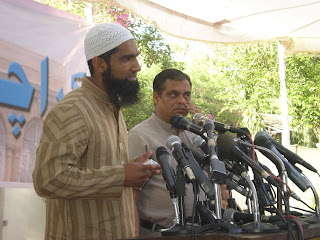 It was around 4.30 pm on March 29 when Mohammad Yousuf, one of the greatest-ever batsmen to be produced by the country, announced his decision to retire from all forms of international cricket.

The Sports Committee of the Karachi Press Club (KPC) had invited the world record-holder for the highest number of Test runs as well as centuries in a calendar year at the Meet the Press Programme upon learning that he was going to make an ‘important’ decision of his career.

Thanks to the media it had become an ‘open secret’ and it was no more going to be a ‘breaking news’ by the time the programme was held that Yousuf would be announcing his retirement. A large number of KPC members, particular those covering cricket, had reached the venue much before the designated time.

The popularity of Yousuf and the significance of the event of the members had also attracted quite a few cricket scribes who are not privileged to be the members of the KPC yet for different reasons.

Yousuf himself arrived at the KPC about 20 minutes before the start of the programme and he had to spend sometime with his media friends in the Ibrahim Jalees Hall before being escorted to the terrace.

The seats were full and everyone was waiting for the moment eagerly when the master batsman was going to make the ‘declaration’ in public. With the members of the electronic media requiring time to get their microphones in order we had to start the programme a few minutes past four.

Being the Secretary of the KPC Sports Committee as well as the host of the programme I did have the option of delivering a long opening speech to pay tribute to the accomplished middle-order batsman and also reflect on the controversies related to him.

But I chose to be precise as I normally prefer to do on all occasions because I know how restless one feels if the speaker goes anywhere close to ‘dragging’ or loses the focus even a bit.

The KPC Secretary, A H Khanzada, talked in detail about the recent failures of the Pakistan cricket team having made the whole country sad and depressed.

The KPC President, Imtiaz Faran, explained the national flavour of the club. He urged Yousuf to change his retirement plans in the larger national interest. 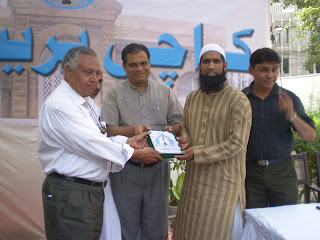 The clock had ticked half pas four when Yousuf, after a brief presentation ceremony, finally came to speak. The cameras became more attentive. The photojournalists started clicking his every move.

The stage was set for Yousuf to explode and play a breezy knock. But he preferred dead batting. He just read out a carefully drafted speech in which he thanked all his former captains and colleagues for the support they had extended to him over the years. Then he announced retirement from international cricket.

Yousuf was reluctant to take the questions from the media but he stood there for a while as it’s a tradition to have an interactive session with the KPC members in Meet the Press programme.

A number of critical questions were hurled at him but he evaded them. He was not prepared to speak his mind. He looked indecisive and unprepared as well for the volley of questions. He, however, registered his appreciation for the KPC. readmore »»