There’s hardly anything more recreational than watching Yuvraj Singh play a long innings. He has his own style of doing things. Since he is in complete control of the situation more often than not it’s always a great fun to have him at the crease. 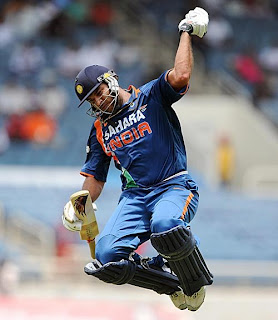 The cricket-crazy community of Kingston, Jamaica, witnessed the mighty full flow Yuvraj in full flow for the first time. The old-timers must have in their memory the dazzling stroke-play of the likes of Gordon Greenidge, Vivian Richards and Clive Lloyd but they might not have witnessed the home bowlers at the receiving end at the Sabina Park.

In the past the Indian bowlers used to be at the mercy of the giant West Indian batsmen who had the capacity to destroy all varieties. Yuvraj’s magnificent knock on June 26 brought to light the fact once more than it has become a different ball game now and the balance of power has shifted from the shores of the Caribbean somewhere towards the other side of the globe.

One was getting reminded of the era when the West Indian master blasters toyed with the Indian bowlers and the speed merchants from the Caribbean gave no chance to any batsman to have a crack at them. Now it was completely the other way round as Yuvraj smashed spearhead Jerome Taylor to all parts of the Sabina Park at will.

Hardly there ever had been a precedent when a genuine fast bowler from the West Indies was being attacked in such a decisive manner in the Caribbean when Yuvraj took on Taylor in the batting powerplay overs.

Yuvraj was looking good for many more when he glanced a delivery that would have most probably been declared a wide had he not made a contact. Dwayne Bravo could not believe his luck when the ball was collected by wicketkeeper Dinesh Ramdin to signal the end of one of the best one-day innings in the Caribbean.

It was a soft dismissal as well as an unfortunate one. Yuvraj could have hammered the ball anywhere but the leg glance landed in the hands of Ramdin instead. He made 131 off 102 balls but one knew that India could still lose their way after his departure.

That very nearly happened once more. With Bravo proving more lethal than Michael Holding and Andy Roberts, there was a feeling that the Indians might be bundled out well inside 50 overs even after the heroics of Yuvraj.

India played out their quota of overs without causing the kind of destruction that any other side would have done after raising 250 for the loss of only three wickets in the 37th over. They finished with 339, instead of posting something well past 350, and as it was discovered a few hours later they had to sweat it out to defend their eventual total. 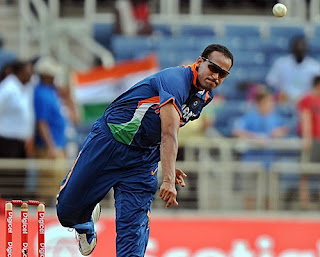 The Indians, as usual, were up against it even against the lower-order batsmen of the West Indies, who otherwise have pathetic records. There were quite a few anxious moments for the Indian fans until the contest was finally over with 20 runs separating the two sides.

Yousuf Pathan, who had batted well in the closing overs to prevent a collapse, came to India’s rescue with the ball too by picking up three wickets. Left-arm quickie Ashish Nehra also picked up three wickets to complete the job in the penultimate over.