It’s not often of late when Pakistan’s top two cueists manage to force their way into the final of a national ranking snooker event but Mohammad Asif and Asjad Iqbal did it during the recently concluded Langnese 4th Snooker Cup Ranking Tournament 2012 staged at the National Bank of Pakistan (NBP) Sports Complex in Clifton, Karachi. 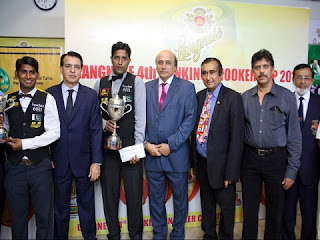 In fact these two cueists, both of whom have now earned the right to represent the country in the IBSF World Snooker Championship 2012 due to be held in Sofia, Bulgaria, next month, have developed a rivalry of sorts and it was top seeded Asif from Faisalabad who turned the tables on Asjad from Sargodha in the final to retain the trophy he had captured at Karachi’s Southend Club last year.

Asif, 27, who was at the receiving end in the knockout games of the last couple of national ranking tournaments earlier this year, turned the table on Asjad, 23, decisively in the best of 13-frame final, winning it 7-1 in a matter of three hours.

Dr Syed Mohammad Ali Shah, Sindh Sports Minister and President, Sindh Olympic Association (SOA), who was the chief guest in the prize distribution ceremony, expressed his delight at the allotment of a piece of land for the development of a snooker academy in Karachi. He considered it as the realization of one of his dreams.

Anjum Nisar, Managing Director, Anjum Asif (Pvt) Ltd, and ex-President, Karachi Chamber of Commerce & Industry (KCCI), presided over the function and in his brief speech he lauded the role of the Pakistan Billiards & Snooker Association (PBSA) in the development of cue sports in the country.

Alamgir Anwar Shaikh, President, PBSA, in his welcome address, acknowledged the support of the sponsors and the hosts besides making a mention of the media and his colleagues in the Association.

The tournament offered Rs 165,000 in prize money with champion Asif receiving Rs 70,000 and runner-up Asjad getting Rs 40,000. The losing semifinalists, Sohail Shahzad and Shehram Changezi, were entitled to Rs 15,000 each while the losing quarter-finalists, Mohammad Javed, Mohammad Sajjad, Umair Alam and Shahid Aftab, were compensated with Rs 5,000 each. 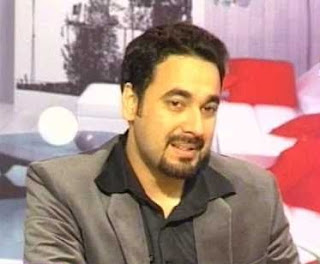 Shahid Aftab, a former national champion from Faisalabad, clinched the cash award of Rs 5,000 for registering the highest break (133) of the tournament. Mohammad Sajjad (118), Imran Shahzad (116), Umair Alam (114), Sohail Shahzad (102) and Shehram Changezi (100) were the only other cueists to have chalked up a century break during the course of seven-day event.

The tournament was contested by the top 24 cueists of the country, who were divided equally in four groups for the first round.

As expected many close league matches were witnessed for four days and quite a few fancied and seasoned campaigners could not force their way into the knockout stage, which started with quarter-finals.

None of four most experienced cueists on the circuit, Mohammad Yousuf, Naveen Kumar Perwani, Khurram Hussain Agha and Imran Shahzad, managed to make it to the last eight.
readmore »»