The President of the Board of Control for Cricket in India (BCCI), Narayanaswami Srinivasan, has refused to tender resignation as was being speculated by a section of the media following the arrest of his son-in-law Gurunath Meiyappan in the IPL spot-fixing scandal. 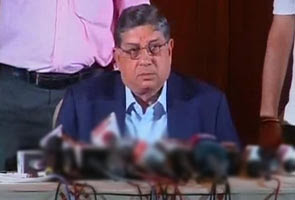 Srinivasan, who addressed a media briefing in Kolkata on May 26, a few hours before the start of the IPL final at the Eden Gardens, didn’t step down and instead promised a fair investigation by a three-member commission, which will include a person independent of the board, into the charges against his arrested son-in-law and the three players allegedly involved in spot-fixing.

He announced that the commission, to be responsible for investigating and deciding whether Meiyappan was an owner of the Chennai Super Kings franchise, would comprise an independent member besides the nominees of the BCCI, Rajiv Shukla, Arun Jaitley, Ajay Shirke, Sanjay Jagdale and Ravi Shastri.

"We have appointed a commission and in my statement I said the commission will determine this aspect also, and he has been travelling with the team, he's been enthusiastic, fine. What his role was, whether it transcended any rule, I have already read in a statement saying that the commission that is appointed will also deal with it. So I don't want to say anything because there is an inquiry commission that will go into it. I am not going to sit and explain to you what is role was. India Cements, I understand, has already issued a statement on what his role was and what his role was not. So I don't think it is necessary for me to go further on this," the under-fire Srinanvasan said. 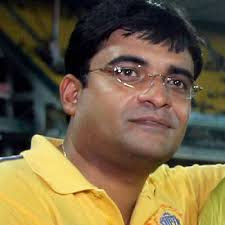 He confessed to the media that the last few days had been difficult for him as a father and father-in-law, but said his actions would be nothing but professional.

"I sit here as President of the BCCI and put aside all personal feelings. I can assure you that I will not shirk from my duty however difficult it may be. The BCCI will act without fear or favour to investigate, and if the circumstances warrant, punish any player, match official, team management or franchise that have breached BCCI or IPL regulations,” the BCCI President remarked.

"I am not part of this commission. I will not play any role in its appointment, deliberations or decisions. The BCCI is very concerned by the allegations that have been made against the IPL, whether those relate to betting or spot fixing. As I have said on a number of occasions, the BCCI will act swiftly and sternly if the allegations are proven," he added. 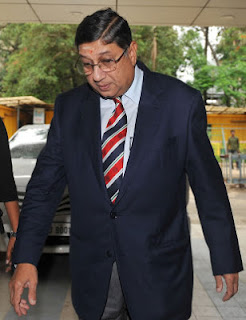 "Persons who have been suspended by the BCCI, known defaulters, fugitives from the Indian justice system and other vested interests keen to discredit me and the BCCI, have indulged in a smear campaign in the last few days. The unfair attack has been relentless. The TV news channels have been carrying unverifiable statements devoid of truth,” he complained.

"An illustration of this type of news would be that there is going to be a divorce within the BCCI. I wish to ensure the cricketing world that this is completely untrue and that there is unity in the BCCI. I have not been asked by anybody to resign. To the contrary, my support is complete, and I refuse to yield to unfair and motivated attacks. I intend to continue my duties as president of the BCCI," Srinivasan concluded.
readmore »»