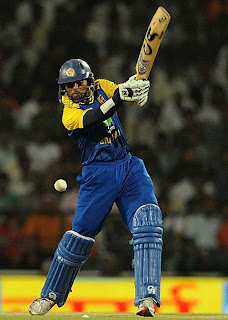 It was yet another close contest and not surprisingly its fate was decided by fielding, an area where the Indians have been found wanting for ages. They have improved in leaps and bounds in other departments of the but they have continued to disappoint in ctaching and ground field.

The Sri Lankans are no pushovers and they are always more than eager to outshine the Indians. The story was no different at the Vidarbha Cricket Association Stadium in Nagpur on December 18 when they caught the hosts by the scruff of their neck once more.

Despite the brilliant hundred by Tillakaratne Dilshan and the fighting knock by the limping Angelo Mathews, playing with a runner, the match was wide open until the penultimate over when Zaheer Khan let one ball go right between his legs. At that stage eight runs were needed off nine balls and with not many wickets left it could have gone either way.

After having watched the late Sri Lankan batsmen panic under pressure in similar conditions in only the previous game, the Indians must have fancied their chances of clinching the issue once more when Ashish Nehra, the hero of Rajkot, came down to deliver the penultimate over.

A full toss from Nehra had undone Matthews in the final over in Rajkot so it did make sense to surprise the big fellow with another one. Nehra fired it in and Matthews drove in the direction of mid-on. Zaheer, who had bowled exceptionally well, made a mess of it and the resulting boundary sealed the fate of the match.

Sensing the chance to go 2-0 up in the ODI series, Mahendra Singh Dhoni took his time in setting field and advising his bowlers. But just as you cannot set a field for poor bowling you cannot come out trumps if the fielders let the ball pass between their legs no matter how sound the strategy or the plan may be.

The Indians were always expected to be tested in good batting conditions even after having recovered to post a total in the excess of 300. Remember they had barely got home while defending 414 against the same opponents just three days ago.

The Indian batting powerhouse does have the ability to generate the intensity that can undermine any team in the world. Their bowlers are skilled and fairly experienced now. In fact they have more variety in their bowling than many other countries. Yet they continue to struggle in pulling off victories because inept fielding can undo all the good work very quickly as we witnessed in Nagpur. 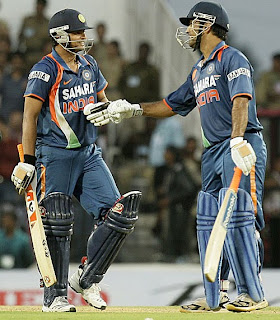 It’s really surprising why the Indians are not able to raise the bar in the department of fielding despite having so many brilliant athletes in their folds. They should derive inspiration from veterans like Mahela Jayawardene who move like panthers to cut off boundaries.

The manner in which he saved a certain four while running across from long off was a classic example of professionalism and commitment. Dhoni’s straight drive was nothing short of a trace of bullet but the former Sri Lankan skipper dived near the fence and kept the score down to just one.
readmore »»