Younis optimistic about early return of international cricket in Pakistan

The Pakistan captain Younis Khan remains convinced that the international cricket will be returning to the country in not too distant future while urging all the stakeholders to play their part in a proactive manner. 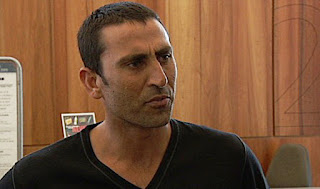 “At the moment the foreign teams appear hesitant to play in Pakistan. Even the governing body of the game, the International Cricket Council (ICC) has some reservations on this issue. But this perception can change quickly and we could be having more action than before,” the skipper said in a one-to-one chat with this scribe just before leaving for Faisalabad to lead his employers Habib Bank Limited (HBL) in the One-day National Tournament.

“To make things happen we need a collective effort at all fronts. Our former cricket greats should visit the various Test playing nations to convince their movers and shakers to come to Pakistan where cricket is the passion of the masses,” he suggested.

“We have to convince the international community that the attack on the visiting Sri Lanka cricket team in Lahore was an odd incident and our nation was peaceful and cricket loving by nature. Our great cricketers and diplomats should join hands in lobbying for Pakistan at all fronts,” Younis, having moved to the top slot in the ICC Test rankings after his triple century in the recent home series against Sri Lanka, added.

He believed that the ICC has a positive outlook and their officials could be helpful in reviving international cricket in Pakistan.

“In every ICC meeting we are advised not to do anything that would send a negative image to the youngsters in particular. In the same spirit the ICC should be considerate towards Pakistan’s case as cricket is the passion of the youngsters in Pakistan who may take up other habits if they are not encouraged to pick up their bats and balls,” Younis pointed out.

“The ICC should also take into account the fact that cricket is the unifying force and it’s a more than useful tool in promoting peace and harmony. The ICC should play its role in persuading its member countries to tour Pakistan,” he urged. 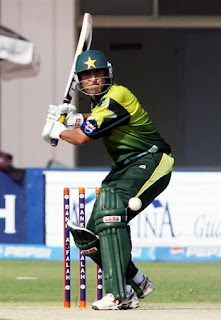 “If international cricket is not played in Pakistan for sometime it might have very negative affects on the youth of the country. The ICC and its member countries must help in saving our youth from going into unhealthy activities,” Younis said.

“Pakistan has been one of the most active members of the ICC for a number of years. Our cricketers enjoy iconic status in many countries of the world. A friend in need is a friend indeed. It’s the time for the ICC to come to Pakistan’s rescue,” he pleaded.

He did not mince words in stating that the attack on the Sri Lanka team on March 3 while proceeding to Qaddafi Stadium, Lahore, was a very unfortunate one.
“It was indeed the saddest day of our sports history. But things have to move forward and the show has to go on. The international cricket must return to Pakistan the sooner the better,” Younis concluded.