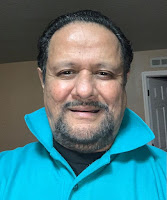 Cricket returns to Detroit in a big way as all is set for the second edition of the Champions Cup to be staged here from July 2 to 5. Global Sports Inc. is ready to organize the annual event again, which was launched in 2019 but could not be held last year due to the pandemic of COVID-19.
Cricketers from all parts of the United States will be assembling in Detroit once more as a handsome prizemoney of US$18,000 will be at stake during the four-day extravaganza.
The winners will be pocketing a jackpot of US$10,000 while the runners-up will be collecting a purse of US$3,500. There will also be individual prizes of US$4,500 for the outstanding performers.
Besides hosts Michigan, participants from the states of Ohio, California, Pennsylvania, Texas and North Carolina among others will be in action during the upcoming Champions Cup 2021. 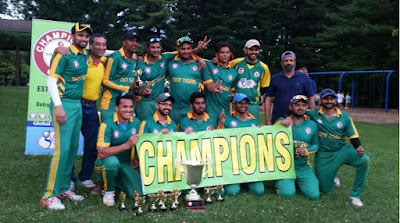 A couple of teams from neighbouring Canada had also confirmed their entries for the event but sadly they won’t be able to come over to Detroit due travel restrictions.
The Champions Cup provides greater opportunity for the local cricketers as the tournament rules, unlike most other events, don’t allow teams to field players from other states. It’s good for the younger players who can make it to the state outfits.
Having been associated with Global Sports Inc. for the last many years, I have personally witnessed the passion and commitment of their top functionaries who remain eager to promote cricket not only in Michigan but all over the US. 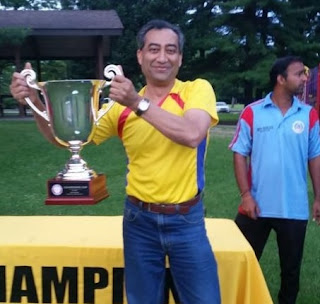 It may be recalled Troy Tigers had emerged triumphant in the inaugural Champions Cup in 2019. Let’s wait and see which team steals the limelight among 10 participants this time round.
Let me acknowledge the contribution of Shahid Ahmed and Dr Shaukat Rashid in launching the Champions Cup which is expected to become one of the most sought after annual cricket events in the region.
Meanwhile Global Sports Inc. will also be organizing Level-II Coaching Course from July 2 to 4. Pakistan’s former Test fast bowler, Jalaluddin, who pioneered the concept of modern coaching there, will be the centre of attraction once more as he will pass on his terrific knowledge about the game to the American teenagers.
Having played lots of cricket with Jalaluddin for Pakistan Customs, where he was also our captain, it’s always a privilege and pleasure to work alongside him and once again I will be there to assist him in the three-day coaching course. I am eagerly looking forward to the action packed weekend in Michigan early next month.
readmore »»