Ricky Ponting’s decision to quit, finally, should not have come as a surprise. The former Australian captain made the announcement on November 29 with the third and final Test against South Africa, having started at the WACA in Perth on November 30. 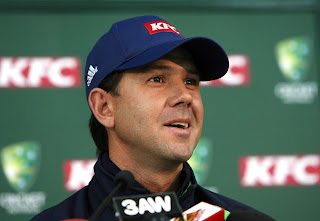 Ponting’s illustrious contemporaries like the Waugh twins, Steve and Mark, Adam Gilchrist, Shane Warne, Glenn McGrath and Mathew Hayden, had left the scene at a time when they still looked good for a few more seasons if not more.

The case of Ponting was different, however. He was allowed an extended career despite undergoing a lean patch for considerable length of time. 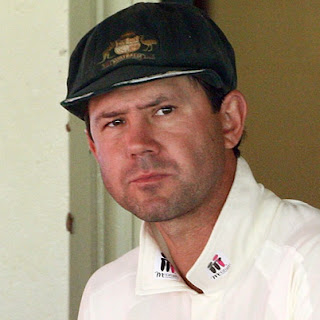 The Australian cricket authorities had never been so lenient in the past but they seemed to have let the former captain stay on because there were not too many consistent batsmen around who could be his worthy replacement.

Ponting’s form had declined quite a few seasons ago. He was not the same flamboyant self who used to dictate terms against the bowlers.

He had lost his ability to dominate the bowling but he was hanging on. He looked a shadow on his own self during the last few years of his career.

Gone were the days he pulled and cut the fast bowlers whenever they pitched short. Neither did he appear assured enough while driving the ball when the bowlers dared attacking him with full-pitched stuff. 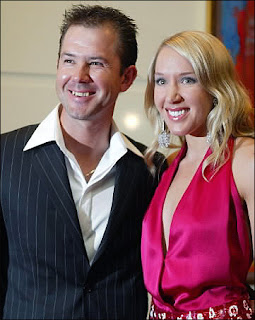 An odd innings or two not withstanding, he was at sea against the quality bowlers in the recent past. He couldn’t reproduce his top form even after handing over the captaincy to Michael Clarke.

Ponting was given numerous chances, despite his ordinary performances, but he couldn’t make them count. His most recent failures against South Africa very clearly reflected that he was encountering problems of all kinds in the middle.

He has made the right decision to hang his boots. Not that he was blocking the entry of any talented youngster but more because he was finding it increasingly difficult to put runs against his name.

With the retirement of Ponting there will be greater pressure on skipper Clarke and Michael Hussey to continue their awesome form. They remain the only two reliable batsmen in the Australian line-up which used to have far too many in the past.

The Australians have been producing fast bowlers who have pace and swing but their cupboard of quality batsmen has gone bare. That’s one reason they may find it difficult to be the top side of the world.

They ruled the world, under Ponting, for a number of years because they were blessed with an extraordinarily gifted side. They had world-class batsmen from number one to seven which made their bowling even more lethal.

It’s a different ball game now. The Australian speedsters do have the firepower to rout any side but their own batsmen don’t have the capability to score heavily in all conditions.
readmore »»


“As you probably seem like you're all very aware now, a few hours ago I let the team know of my decision to make this Test match my last. It's a decision I thought long and hard about, put in long consideration about the decision, at the end of the day it was based on my results and my output really in this series so far.” 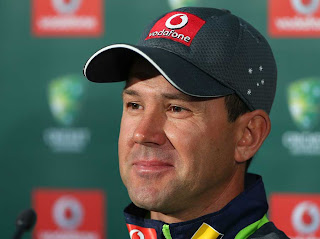 “It hasn't been what I expect of myself and it certainly hadn't been to the level that I feel is required for batsmen and players in the Australian team. As I've said all along, I'll continue to play this game as long as I felt that I could contribute to wins, play well enough to help the team win games, and over the last couple of weeks I think that my level of performance hasn't been good enough to do that.”

“My passion and love for the game hasn't changed one bit, right through the last 12-18 months when things probably haven't been as I would've liked them or pictured them. I'll continue this season to play out the rest of the summer, and I'm looking forward to a full season of the Big Bash with the Hobart Hurricanes.” 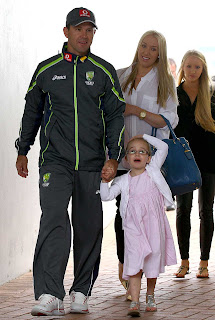 “But I think it's really important today, I could sit here all day and reflect on my career and talk about the great teams I've played in, the great players I've played with and against, but I honestly believe that's for another time, there's other days and times for that at the end of this game, at the end of my career that we can all get together and talk about those moments.”

“As far as I'm concerned, my immediate focus now and the team's immediate focus is what we're presented with tomorrow. That's an unbelievable opportunity. We're going into what I believe is almost like a grand final.”

“I've prepared well this week, and as I said to the boys this morning, I'm hungrier than ever and want this win probably more than any other game I've ever played in, so I'll do whatever I can this week to contribute to a great team performance.” 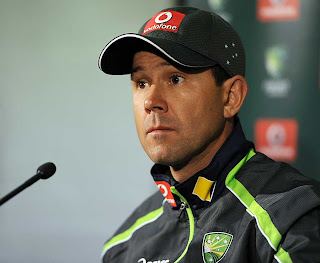 “If that happens to lead to a win for the team and we get back to the top of the tree and No. 1 in the world then there's no better time for me to finish anyway. This week we've got a big job ahead, and especially me, I've got to lift my level of play from where it was last week to where it is this week. I've got a good feeling I can do that, and as I said there's no better stage than in a finals type game, a big game, to try to do that this week.”