The Sindh Sports Board (SSB) has organized competitions of the various indigenous games at the relief camps in different parts of the province as a part of the drive undertaken by the government to raise the spirits of the people having had to relocate there following the devastation caused by the floods in their respective areas.

Shoaib Ahmed Siddiqui, Secretary Sports & Youth Affairs to the Government of Sindh, who is also Secretary of the SSB, informed the media that the competitions of kodi kodi, wanjwatti, malakhro and tug of war were held at the SITE, Hawkesbay and Gadap camps of Karachi besides Khairpur, Sukkur and Jamshoro.

He disclosed that individual as well as team events were held among the camp residents and cash awards were also disbursed among the outstanding performers. 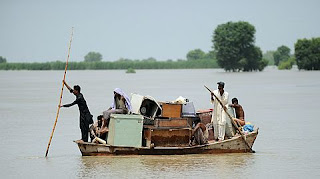 The celebrations of Eid-ul-Fitr were kept low-key throughout Pakistan in view of the devastation caused by the worst-ever floods in the country’s history, affecting some 20 million people and leaving ten million victims shelter-less across the country.

Eid was celebrated modestly as the fallout from devastating floods continued. It was a thoughtful decision of the Government of Sindh to have made an attempt to bring smiles on the faces of the flood victims on the occasion of Eid.

At this point of time any help act of kindness would have been welcome. It was nice of the sports department of the provincial government to have thought of the people having had to be confined in relief camps.

The personnel of the sports department of the Government of Sindh organized the various sports competitions, during the course of the Eid vacations, for those having been affected and displaced by the devastating floods. Separate events were held for the children as well. Sports after all remains the tool uniting the nation.

The recent floods have wreaked havoc in Pakistan. Many small towns and villages have been completely wiped off, dams have given way. The total loss cannot be computed but it would be more than the combined loss from four major world catastrophes-the tsunami, Hurricane Katrina, the Haiti earthquake and our own earthquake of 2005. Nothing like this has happened in the last 100 years. 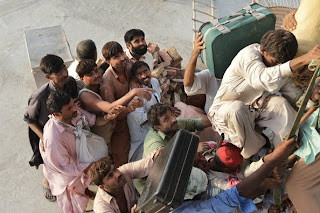 "We cannot celebrate the day with traditional fanfare and festivities when millions of our countrymen have been rendered shelter-less as villages, towns and cities have been destroyed by the floods,” President Asif Ali Zardari had observed in his Eid message to the nation.

“This year’s Eid festival is being celebrated on such a moment of history, when a large part of country is under the devastation caused by floods. Millions of fellow countrymen are homeless and facing severe difficulties,” Prime Minister Yousuf Raza Gilani noted in his Eid message.

“The country has come together with generosity to lessen the hardship faced by the flood victims. No doubt, brave nations face the challenges with courage and mettle,” the Prime Minister reckoned.
readmore »»