Modi to go down fighting 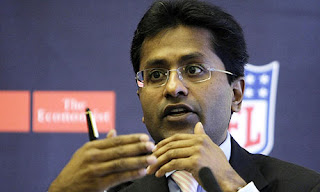 The high-profile IPL Chairman and Commissioner, Lalit Kumar Modi, is not going down without a fight. He is believed to be set for moving to the Bombay High Court on April 23 to question the legality of the IPL Governing Council meeting on April 26.

Modi has contended that as IPL Chairman only he was entitled convene a meeting of the Governing Council. This came after the BCCI President, Shashank Manohar, had accused Modi of breaching confidentiality.

"Modi violated the confidentiality clause by putting out share holding details on Twitter," the BCCI President was quoted as saying when Modi had tweeted about Union Minister Shashi Tharoor's friend Sunanda Pushkar's sweat equity in the IPL Kochi team.

Sharad Pawar, the Vice-president of the International Cricket Council (ICC), had made the announcement following a meeting with BCCI President that the governing council of the IPL would meet on April 26 to discuss the future of the competition's commissioner, Modi, at the centre of allegations regarding financial irregularities.

"Manohar met me today and he briefed me about the situation. The IPL governing council will take a unanimous decision on Modi's resignation and, thereafter, we will take the required action,” Pawar, who appointed Modi during his time as President of the BCCI, stated.

"The governing council will take the decision in the interest of cricket. Don't forget Mr Modi is also a vice-president of the BCCI and our total approach and past experience is we always take collective and unanimous decisions that everyone is party to, including Lalit Modi," Pawar added.

Modi has come under scrutiny after the IPL's affairs became the subject of a government inquiry amid parliamentary allegations of money-laundering.

The IPL offices were raided by tax officials investigating the allegations. They reportedly spent seven hours questioning IPL staff, including Modi, who has denied any wrongdoing.

Modi had revealed on his Twitter account that the girlfriend of Shashi Tharoor, a junior government minister, had invested in a consortium awarded the new IPL franchise in Kochi. The revelation caused a political storm, and forced Tharoor's resignation.

Modi has issued a statement denying newspaper allegations that he has been charged with betting and laundering. He called the reports "absolutely baseless, ill-founded and motivated" and promised to "initiate appropriate legal action against" a "defamatory and malicious campaign against him by a motivated section of media".

The Income Tax department has been scanning the IPL bid papers and a series of allegations of financial irregularities against Modi with the prospects of a detailed inquiry against him to track the irregularities. 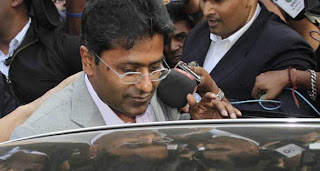 A probe has already been set out with the department examining the data on bids and financial details of various franchisees stored in Modi's office computers. With the ongoing probe not only the IPL financial records would come under scrutiny but also the tax details of BCCI with regard to IPL will come under the scanner.

Modi, credited to have masterminded the launch of the IPL, has also been accused of going overboard in taking many crucial decisions for which he could face the music. readmore »»