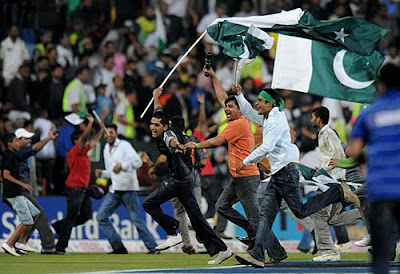 India’s 54-run defeat at the hands of arch-rivals Pakistan at the Super Sport Park in Centurion on September 26 brought to the fore the big hole in their team caused by the injuries to Virender Sehwag and Yuvraj Singh.

Sehwag and Yuvraj are not only the master blasters who blow away the opposition in the blink of an eye but they bring in the balance that enriches the side to the extent of being unbeatable.

Both Sehwag and Yuvraj are two wonderfully gifted all-rounder cricketers whose mere presence in the park makes a world of difference. Without them India are not the team that could be expected to do wonders or even live to their big reputation now.

Under the circumstances it seems highly unlikely that India would be able to lift their game and make it to the semifinals of the Champions Trophy. Their fate, in the present scenario, might not be much different to the one in the ICC Twenty20 in England earlier this year.

India, on paper, are still a better side than Australia and the West Indies, whom they have to combat in the remaining two league matches. It remains to be seen how Mahendra Singh Dhoni meets the challenge.

Life is already getting tough for Dhoni. Often found as cool as a cucumber he was certainly in a spot of bother not only in the field but also off it. He must have realized, although he might not admit it, that a game against Pakistan takes its toll and there are moments when you run short of ideas.

It was not Dhoni’s cup of tea to have remarked: "At times I felt I was three bowlers short. There were times I didn't know whom to go to or what fields to set. Wherever I put a fielder, the ball went elsewhere." It was not his usual answer to a simple query if he missed a fifth bowler.

Dhoni must be wondering how things went horribly wrong when he had the match in control by picking up three wickets inside the first 15 overs. How can he be blamed for pressing the part-timers into service at a stage when Shoaib Malik and Mohammad Yousuf were not prepared to take on the bowlers?

It was the failure of the premier spinner, Harbhajan Singh, to have severely hurt the plans. The vastly experienced off-spinner didn’t oblige his skipper with a wicket or two and in fact compounded problems by spraying the ball in various directions. 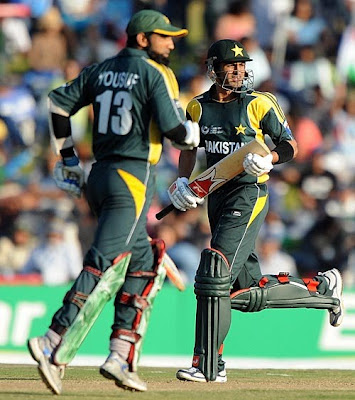 Shoaib and Yousuf played risk-free cricket with complete peace of mind. They knew that they were actually stealing the game by piling up the runs. Their double century fourth wicket stand ensured a mammoth total for Pakistan.

When India batted, chasing 303 in 50 overs, they kept the contest alive by maintaining healthy run-rate from the outset. Strangely though, some suicidal instincts saw them lose wickets against the run of play. They were bowled out inside 45 overs. In fact 31 deliveries were still to be bowled when their last wicket fell.

Although 54 runs separated the two sides in the end, the contest was much closer and India were guilty of giving it away after being in the driving seat which was of course not an unusual sight in their games against Pakistan in particular.