Another pioneering effort from Bashir Khan 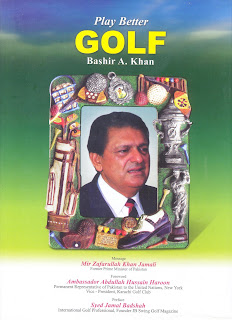 As Mir Zafarullah Khan Jamali, a former Prime Minister of Pakistan, has noted in the introduction of the recently published book, Play Better Golf, its author Bashir Ahmed Khan, more famous in the golfing circles as BAK, has been a pioneer in many fields.

Play Better Golf, not surprisingly, happens to be the first book of international standard to be authored and produced in Pakistan and it’s another feather in the cap of BAK, who had an outstanding career in quite a few other fields besides golf.

The 140-page book has been written with a cause. It’s domestic price of Rs 3,000 as well as the international price of US$ 40 per copy appears on the higher side but since the entire proceeds of the sale of the book will go for the education of the deserving children on merit one has the opportunity of making a valuable contribution to the society.

In the promotional literature it has been explained that the sale of every copy of the book will be facilitating in sending one deserving student to school for at least a period of one year.

I am confident that by now a large number of copies of the book would already have been sold out because of two reasons in particular. The book itself is quite a worthy effort, a collector’s delight to be precise. Then the noble cause for which it has been brought out should also encourage many to purchase multiple copies of the book.

Certainly every golfer in particular should own a copy for reference purposes. Such a high quality book on the sport of golf had never been published in Pakistan in the past. It should help in the promotion of golf in the country.

The contents in Play Better Golf are authentic, informative and interesting. It’s a complete package for the golf lovers. It should also be of considerable interest to the non-golfers as well because it has the quotes from the some of the greatest-ever personalities like Sir Winston Churchill. 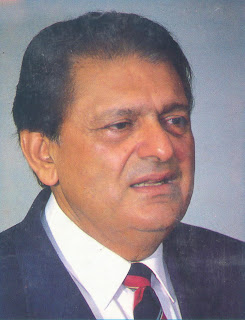 The versatility and greatness of BAK is reflected in this book as well in which he has showcased some of the most memorable moments of his illustrious career. One standout occasion was the meeting he had the honour of presiding at the White House on October 1, 2003, in the presence of the US President, George W Bush, and the Pakistan Prime Minister, Mir Zafaraullah Khan Jamali.

The accomplishments of BAK are a source of inspiration for all of us. I have had the privilege of working alongside him for over a couple of decades now and it has always been enlightening being with him.
Professionally we had the opportunity of covering numerous international cricket matches. He remained an integral part of the Radio commentary team for a number of years, being the first one to describe the action live in Urdu, the national language of the country.

We have been a part and parcel of the executive committee of the Delhi Anglo-Arabic College & Schools Association for quite sometime now. He was elected to the post of the President of the Association four years ago and he has been leading by example all along. readmore »»