The Inter-University Jashn-e-Azadi Cricket Tournament was inaugurated by the Vice-Chancellor of the Sir Syed University of Engineering and Technology (SSUET), Prof. Dr Jawaid H Rizvi, at the Naya Nazimabad Lawai Stadium in Karachi on August 17. Hosts SSUET and the Pakistan Marine Academy were set to lock horns in the opening fixture. 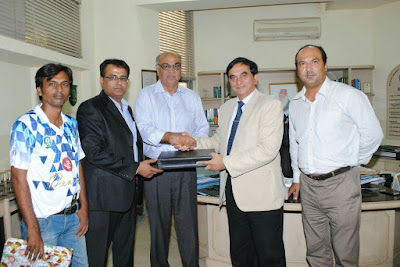 Earlier in a media briefing, the SSUET Director Sports, Mubashir Mukhtar, observed that the T20 tournament will provide a boost to sports in educational institutions.

He pointed out that SSUET had celebrated the Independence Day with an unprecedented zeal and fervor and this tournament was being organized in the same context as part of the independence celebrations.

Mubbashir Mukhtar informed that Karachi’s best universities were participating in this tournament, having been divided into two groups.

He stated that there will be two matches daily, to be played in accordance with the laws of the Pakistan Cricket Board (PCB), will be supervised by qualified umpires,  adding that the semifinals will be held on September 2 while the final will be played on September 3. 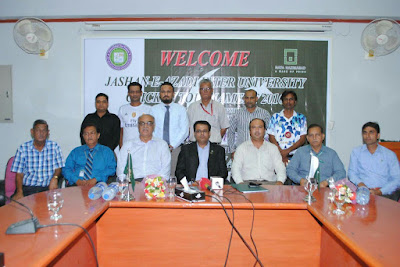 The SSUET official  thanked the management of Naya Nnazimabad for providing ground and facilities for the tournament.

The Director Sports of Naya Nazimabad, Mohammed Iqbal, said that cricket tournaments were being held at their ground for the last four years and the facilities had been appreciated at the national level.

He informed that soon hockey and football grounds will also be developed in near future and they will always be made available for the sports activities of educational institutions. The CEO of Naya Nazimabad, Samad Habib, and the Financial Controller, Imran Haq, were also present on the occasion
readmore »»