Confident Australia not to underestimate India 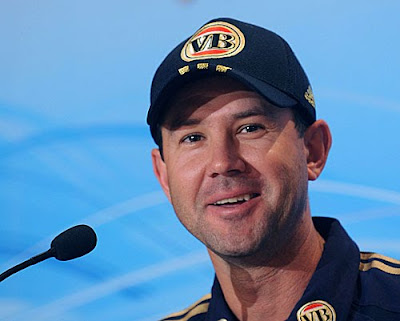 For a change there’s no war of words on the eve of an important series. It was becoming a tradition to say something that provoked the opposition and then a debate ensued on irrelevant matters.

Thankfully Ricky Ponting didn’t fire any shots in the air and his carefully worded media briefing in Mumbai on October 21 reflected the maturity expected of a captain who must be feeling at the top of the world after sterling performances with a youthful squad at his disposal.

The Australians, having thrashed England 6-1 in the ODI series before retaining the ICC Champions Trophy in South Africa earlier this month, take on India on their turf in a series of seven One-day Internationals starting on October 25.

Australia, with their recent triumphs, have regained their number one status in the ODI rankings with India not very far behind at second position. So the series is actually a battle between the top two teams of the world at the moment.

Ponting, unlike the past, talked very positively upon his arrival in India and the message was loud and clear that his team was there to play cricket and avoid unnecessary controversies. It was a pleasant surprise to watch the Australian captain acknowledging the strength of their opponents instead of highlighting their weaknesses.

Ponting is obviously very keen for his Australian one-day side to continue their spectacular form into the Indian series.

"We have been playing very good one-day cricket for the last few months, beginning from the England tour, and we want to continue with that. We could not have done better than what we did in the last few one-day games. But we have a fresh set of challenges here," the Australian skipper remarked.

"India has a very good and strong one-day team and we are not underestimating them. We are the number one and number two teams in the world which points to an entertaining and good contest over the next few weeks. We just need to keep improving and be at our best right through the series," Ponting added. 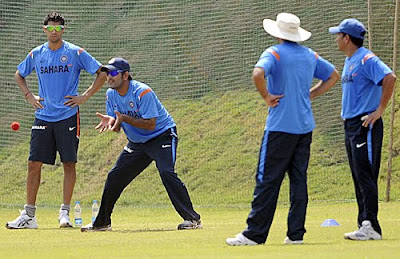 He did not mince words in stating that he will have to shoulder additional responsibility in the absence of his deputy Michael Clarke due to a back injury. Also missing the ODI series are wicket-keeper Brad Haddin, batsman Callum Ferguson and left-arm quickie Nathan Bracken.

"The challenge will be how our middle-order batsmen cope with playing spin bowling over the next few weeks. Mike Hussey has played a lot of cricket here. Shane Watson and Tim Paine play spin well. I am confident the team will do a very good job," Ponting, in terrific form of late, hoped.

"I have played some of my best one-day cricket over the last few months. A lot of responsibility is on my shoulders as the number three batsman in the team," he conceded.

"We have always enjoyed playing in India and our rivalry over the last few years has been growing which is good for the world game," Ponting pointed out.