England can still do it after debacle at Headingley

The Australians have been rewarded for their persistence and positive approach that helped to wipe out England in a matter of two and a half days in the fourth Test at Headingley and the Ashes 2009 now stands at 1-1 with just one more game to go. 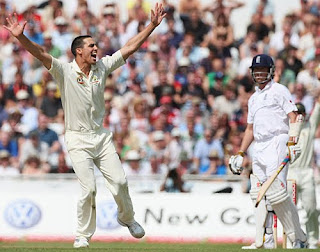 England, one up in the series, had to endure quite a few unforeseen problems at the start of the game and they couldn’t overcome them even after Andrew Strauss had won the toss and elected to bat.

The decision of Strauss to bat first reflected the confidence he had in himself and his boys. He appeared to be in aggressive frame of mind with an eye of sealing the series before the fifth Test. In normal circumstances he would have been expected to go into the game with four bowlers and playing an additional batsman.

There was certainly a temptation to bowl first but the England skipper with the great form he’s in chose to put runs on the board. Having included off-spinner Graeme Swann in the playing eleven he must have set his mind on a wearing track on the fourth and final day. Little would have he known that the match would be over inside three days.

It turned out to be a disastrous first morning for England and it was nothing short of a nightmare for them to have been bowled out for 102. It’s not often that the team could stage a comeback after being knocked over so cheaply.

The Australian bowlers made the most of the lively strip by pitching the ball up and the England batsmen were found wanting in coming to terms with the movement in the air and off the wicket. Peter Siddle turned out to be the star with a quick five-wicket haul.

With Strauss perishing early and no Pietersen or Flintoff in the middle-order the Australians knew they were in with a very big chance of routing the hosts. Someone like Kevin Pietersen and Andrew Flintoff would have driven those over-pitched deliveries to the fence but the ordinary mortals like Ravi Bopara and Ian Bell neither had the technique nor the heart to counterattack.

The fourth Test was actually won and lost on the first morning when England was bowled out for 102 in their second innings.

I am not sure what prompted the England think-tank to attack the Australians with short-pitched stuff. The half trackers were dispatched merrily by the Australian batsmen who are at home in pulling and cutting. 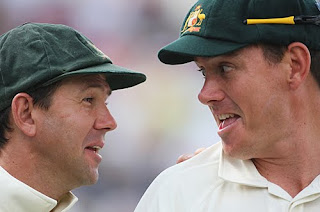 The Australians knew the match was in their bag with a monumental first innings lead. Mitchell Johnson reproduced his bowling form that eluded him in the earlier games of the series to further compound England’s problems.

There were some heroics in the later part of England’s second innings that certainly entertained people and also proved the point that their top-order batsmen were guilty of not having applied themselves.

England, I feel, can still turn it around in the decider at the Oval because there’s not much to pick between the two sides.
readmore »»