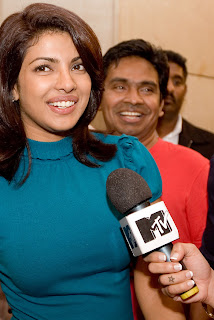 One of the unique features of the Indian Premier League (IPL) is the involvement of the mega stars with it. There are not only the cricket stars but also the stars of the celluloid world watched in action during this high-profile event whose third edition has rocked the cricket fans once again.

The Bollywood giants have as much massive following globally, if not more, as the cricket greats. The combination of the two was always going to produce something sensational and the monumental success of the IPL has come as no surprise.

Whoever conceived it, the idea was a rollicking one. It had to catch the imagination of the people. We have witnessed already that the event has become a blockbuster and its graph is going to go only one way.

With so many hugely resourceful individuals and organizations joining hands to make it a phenomenal success there was very remote chance of it not taking off. The organizers have had to endure hardships as well but their strong-willed approach has enabled them to overcome nearly every obstacle.

Wasn’t it a miracle that they were able to shift the event to South Africa at a very short notice the last time round when the situation in India was not deemed proper to hold its matches there?

Well the IPL is back in India and its third edition, as expected, has started making waves right away. The grounds are packed to capacity in nearly every game and the atmosphere has been nothing short of electric.

The high-voltage games have kept the millions of cricket fans glued to their television sets for hours. The IPL produces unmatchable entertainment and people are simply crazy about it.

The cricket stars from every part of the world are associated with the IPL. It’s a pity, however, that the cricketers from Pakistan have been unable to make it there after having made quite an impact in its inaugural edition.

The presence of the Bollywood stars in the IPL has made it much more glamorous than any other sporting event. With the likes of Shah Rukh Khan, Priety Zinta, Shilpa Shetty and Juhi Chawla having stakes in the competing franchises they are quite frequently seen at the ground supporting their respective outfits. 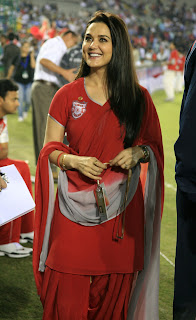 With Katrina Kaif also getting associated with one of the franchises and Priyanka Chopra making an appearance, the event has become even more sought after one. The IPL 3 has probably surpassed the popularity of its previous two editions.

The crowds have had plenty to cheer about during the IPL. In fact there hardly is any dull moment as far as this particular tournament goes. A few of the one-sided matches might have disappointed some purists but I am sure there are plenty of other features at the ground to keep the paying public totally absorbed irrespective of the state of the game.

The Indian cricket fans are into IPL 3 by all means and as one of my friends observed the other day, would the people there still need the ICC World Cup next year! readmore »»