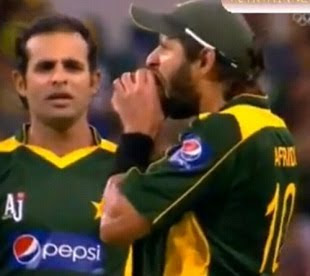 Yes it’s Ijaz Butt, not the Pakistan Cricket Board (PCB), having been asked to take action against ‘Boom Boom Afridi’ for bringing the nation to shame with his ball-biting action in Australia recently.

There has been no such entity as the PCB ever since Ijaz Butt, a former Test cricketer, was nominated as its chairman in what has been the single greatest blunder committed by the President of Pakistan, Asif Ali Zardari, during his term as President of the country.

Ijaz Butt has probably disgraced the nation more than any other person during the past one year and expecting him to take any ‘fair’ decision is more like living in a paradise of fools.

How can he punish any individual when he himself has remained engulfed in controversies of all sorts? He informed the parliamentary sports committee that the PCB could not punish Shahid Afridi further.

"The International Cricket Council (ICC) has told us clearly that you can't punish a player twice for one offence. Their lawyer has also suggested that if we handed more punishment to Afridi, and he challenges it in court, it will run the PCB into trouble," he was quoted as saying.

It was a rare straight-bat stroke by the PCB Chairman who is infamous for his agricultural shot selection not caring for anyone.

He certainly had no answer when Senator Tariq Azeem pointed out to the learned chairman that selecting a player was at the PCB's discretion.

"The ICC can't question you if you don't pick him up in the national team. You should not compromise the integrity of the nation. No player is indispensable. We should tell the world that we are not cheaters and we know how to deal with the indiscipline,” the Senator explained.

The parliamentary sports committee has desired Shahid Afridi to be punished further for tampering with the ball during the fifth One-day International against Australia in Perth last month.

The committee didn’t mince words in conveying to the PCB Chairman that Shahid Afridi had maligned the country's reputation and such an offence warranted a harsher penalty than just a ban of two Twenty20 Internationals.

"If he bites the ball like an apple, there are lots of problems behind it. If you don't take action this will happen again. The team lacks discipline and you got to rectify the problem,” Senator Haroon Akhtar felt. 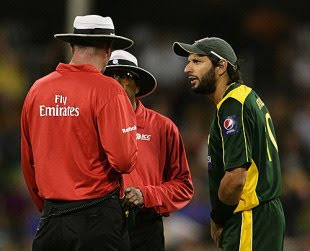 It may be recalled that Shahid Afridi, leading the team in the absence of Mohammad Yousuf in the fifth and final One-day International against Australia, was caught by TV cameras biting the ball on a couple of occasions.

The matter, viewed by the global audience, was reported by the TV umpire to the on-field umpires who changed the ball. Shahid Afridi pleaded guilty to the charge at a hearing with the match referee Ranjan Madugalle immediately after the game. He did apologize and regretted his action.

He was banned for two Twenty20 Internationals that prevented him from taking the field in the one-off game against Australia at the Melbourne Cricket Ground in which he was due to lead the team. readmore »»