Shouldn’t BCCI be tried for treason? 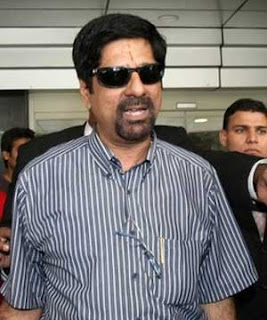 Isn’t it a shame that a depleted outfit was fielded to take on the mighty South Africans in the third and final One-day International at the Sardar Patel Stadium in Ahmedabad on February 27.

The Indians had definitely entered the game with the series already clinched with the triumphs in Jaipur and Gwalior. But did it mean it was compulsory on part of the hosts to gift at least one match to the visitors.

Haven’t the Indians been whitewashed by the various opponents in the past whenever they were found wanting? Wasn’t it their turn to return the compliment to South Africa who had blanked them in the ODI series at home just a few seasons ago?

What was the purpose of resting the seasoned campaigners at a time when they had the South Africans on the mat and another win would have enabled them to finish off the international season at home in style.

Instead of going for the kill, the Indian selectors withdrew their top performers and blooded the inexperienced youngsters in their place for reasons beyond comprehension. Obviously the selectors could not have done this kind of adventure without the consent of the top officials of the Board of Control for Cricket in India (BCCI).

Gautam Gambhir, Yuvraj Singh and Zaheer Khan, three of their most consistent players over the past many years, were unavailable due to injuries. What was the point in resting Sachin Tendulkar and Virender Sehwag at this point of time when Gambhir and Yuvraj were unavailable?

Was Saeed Anwar rested for the following game after he had amassed the highest ODI score of 194? For that matter was Brian Lara offered a break after scoring 400? When somebody is in the form of his lifetime he likes to go on and on. Only the BCCI people could know the wisdom behind depriving Tendulkar the chance of playing another majestic knock.

Talking about deprivation, was it fair on part of the BCCI to have withdrawn Tendulkar and Sehwag just a couple of days before the game where as the tickets for the Ahmedabad game must have been sold out well in advance?

Didn’t the people of Ahmedabad deserve to have the sight of the great Indian openers having taken the world by storm? 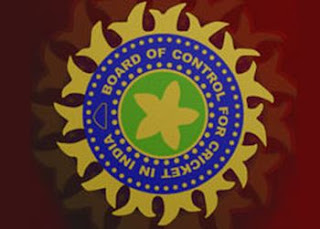 Even worse to the extent of suicidal was the withdrawal of the experienced bowlers. What was the sense to have a three-man pace attack lacking in confidence, abilities and experience when they had the likes of Praveen Kumar, Ashish Nehra, RP Singh, Ishant Sharma, Irfan Pathan and Munaf Patel to name a few to choose from.

Shantikumaran Sreesanth, who had struggled in the earlier two matches, was made the spearhead of the attack and those having showed greater control under pressure, Nehra and Kumar, were sidelined and replaced by two raw youngsters, Sudeep Tyagi and Abhi Mithun.

Needless to say the Indians conceded a record score to South Africa and then got bowled out for a low score in conditions when gripping the ball in wet conditions was quite an issue.

Do the officials of the BCCI have the right to field any outfit of their choice under the banner of ‘Team India’ or do they also have to follow any code of ethics? Isn’t it a crime to play around with the emotions of the people by not letting the best lot do it for their country? readmore »»